The blackberries for this recipe were hard-won, and there was quite an adventure in procuring them.

We used to have lots of blackberries around the pasture. Actually, the pastures were mostly blackberries (Ethan wanted to call it “Poky Pastures Farm”), but between applying dolomite and the rotational grazing, the grass sward has been mostly restored.  The pastures look beautiful, but we have to walk quite a ways to the farther pastures to harvest wild blackberries that still remain in little clumps and thickets.

They are ripe now, and with all the rain recently, they are juicy and sweet.  The girls decided to go blackberry picking, and I made them picking baskets by poking holes in the rims of yogurt containers and tying some twine into a handle. They set off happily, with Cloud Bear, our Great Pyrenees, bouncing after them.

A little while later, I was just about to mow weeds in the garden.  I had just assembled the scythe and was sharpening the blade with a whetstone when I heard the girls screaming.  I didn’t react right away, because I couldn’t tell yet if it was happy screaming or bad screaming (it can be so hard to tell sometimes!). The next screams I heard sounded alarming, and I dropped the scythe and whetstone and ran towards them.

I didn’t know exactly where they were, and I was barefoot and couldn’t run as quickly as I wished I could. They were screaming, crying, shouting for help.  Mirin was running, too.  I could see them at last at the end of the second grazing line, and I shouted to ask if they were okay. Cloudy was there, barking and barking. They were both screaming and crying.  There was a rattlesnake, and Cloudy (the big, dumb dog) was barking at it.

Our old dog, Belle, died from a snakebite last summer, and they were terrified Cloudy would get bitten.  Then I could hear the chut-chut-chut-chut of a large, large rattlesnake rattling. I called Cloudy as I ran over, picking carefully around the thorns, afraid of stepping on the snake myself.  She ignored me and kept barking. I shouted at her, clapped my hands, commanded her to come!  She completely ignored me, barking and barking, and finally left off as the rattling faded and the snake slithered away.  Only then did she come over and sit down beside me like, What?  I was busy!

It took awhile for the girls to stop crying and believe me that Cloudy had not been bitten. As soon as he had heard there was a rattlesnake, Mirin had run off to get a gun, and returned with the .22 and some ammunition. He was disappointed the snake had already disappeared, and it took some talking to convince him that actually I was more afraid of him wielding the .22 around us than of the rattlesnake.

We walked back slowly, picking berries, and got just enough to make something special. 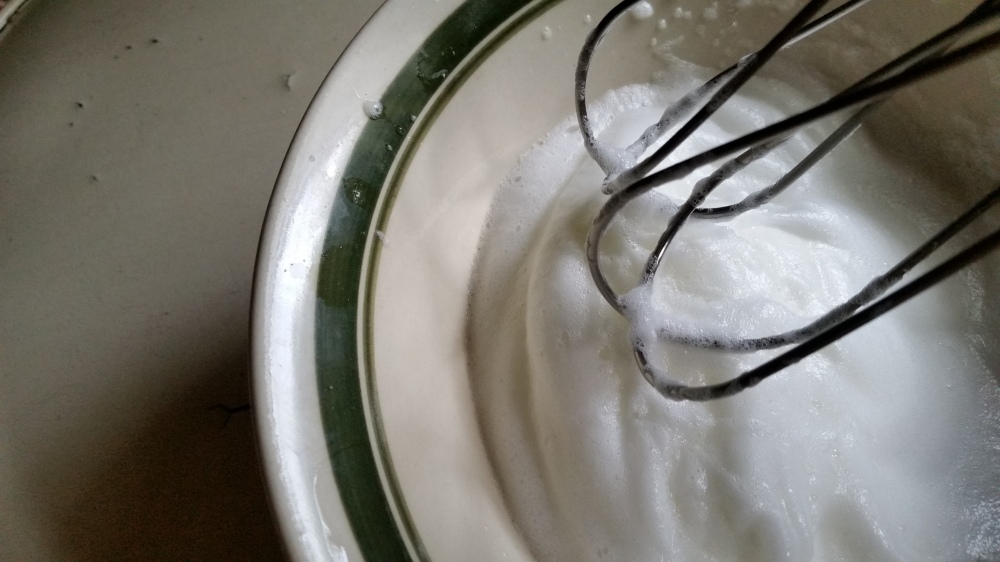 For the Jam Swirls:

For the Vanilla Cream: