For most of the summer, Stinky decided he was a cow. When i got home and tried to reunite him with the rest of the goats, he was skeptical, but agreeably walked in when i held the gate open. He spent a minute sniffing everyone’s tail, and then followed me out again to be with the cows, a little scornfuly.

All of a sudden,  two weeks later,  I was trying to go up to feed the chickens one morning when he just appeared out of the morning gloaming at the gate of the milking shed.  I tried REALLY hard to not touch his disgustingly dripping beard as I reached through for the latch, but he successfully rubbed it against my hand anyway as I went to open the chain. 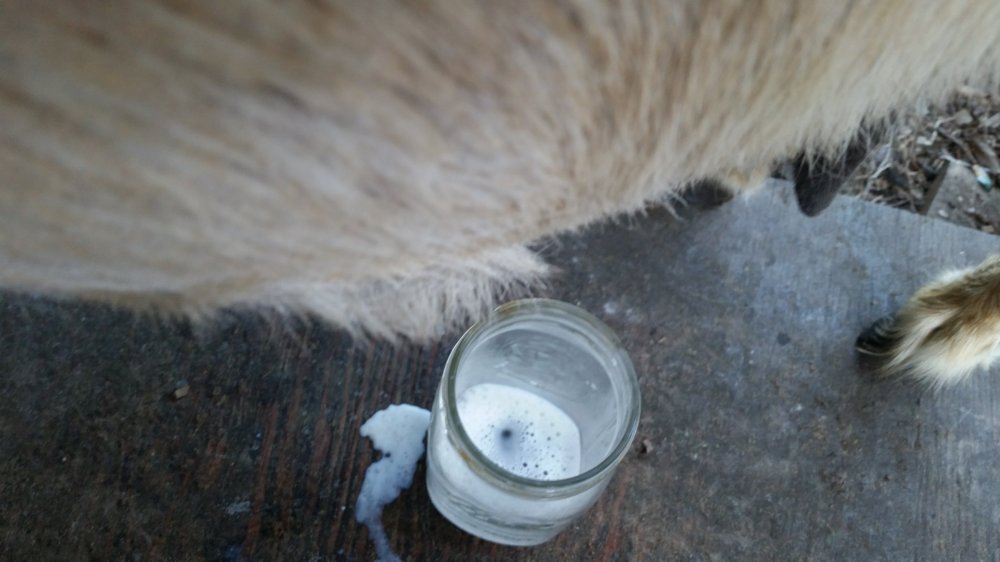 Clo and I would turn around to fetch the next goat and catch Stinky kissing Twilight Sparkle’s tiny ears, or horrible moments where Snip was being put in his place and then both bucks would spray themselves with pee, or worse, when one of them was chewing on their pizzle.

At any rate,  there are new little goats on the way for the spring, and the milk is declining in this season of dry, cool weather. The way the cows were bred in the spring means there will be a time this year when we have no milk, so we are making the most of it while it lasts – making kefir that will keep in the fridge for a long time, straining last batches of cheese, and savoring it in tall, creamy glasses.

This was a recipe I thought of to keep and enjoy through the holidays, while we wait for the new possibilities of spring.

1. Mix the Chevre,  cherries, honey and salt and roll into walnut-sized balls  and place on a piece of parchment paper on a cookie sheet.  Chill for several hours.

2. Melt the chocolate and butter together in a bowl set on top of a pot of boiling water,  and dip the cheese balls in to coat.  Chill them in the fridge or freezer until the chocolate hardens. I’ve been storing them in a jar in the freezer, but they never last very long. 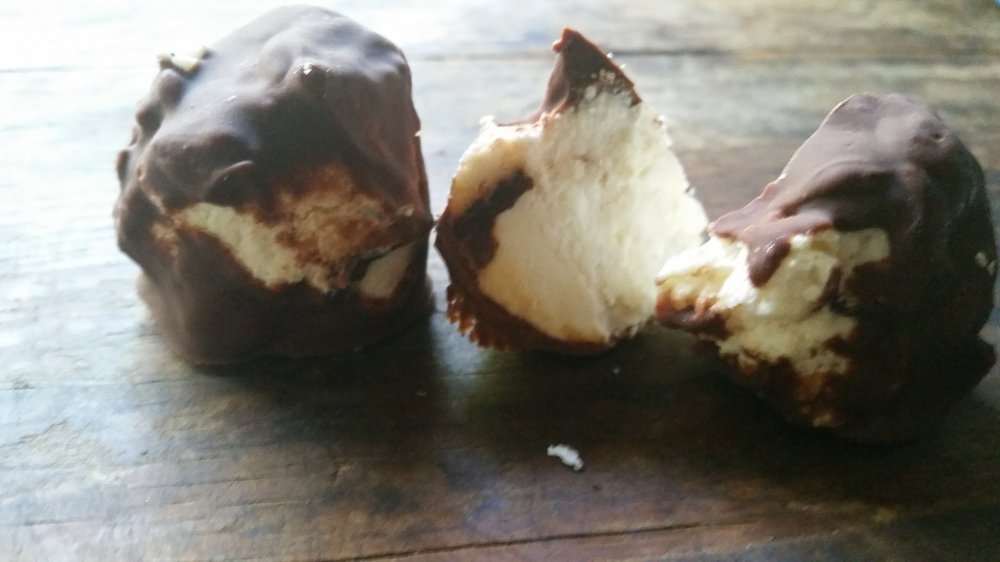