It was a difficult journey home,  and Florida greeted us with old friends – mosquitoes, fire ants,  a thunderstorm, and a hurricane. 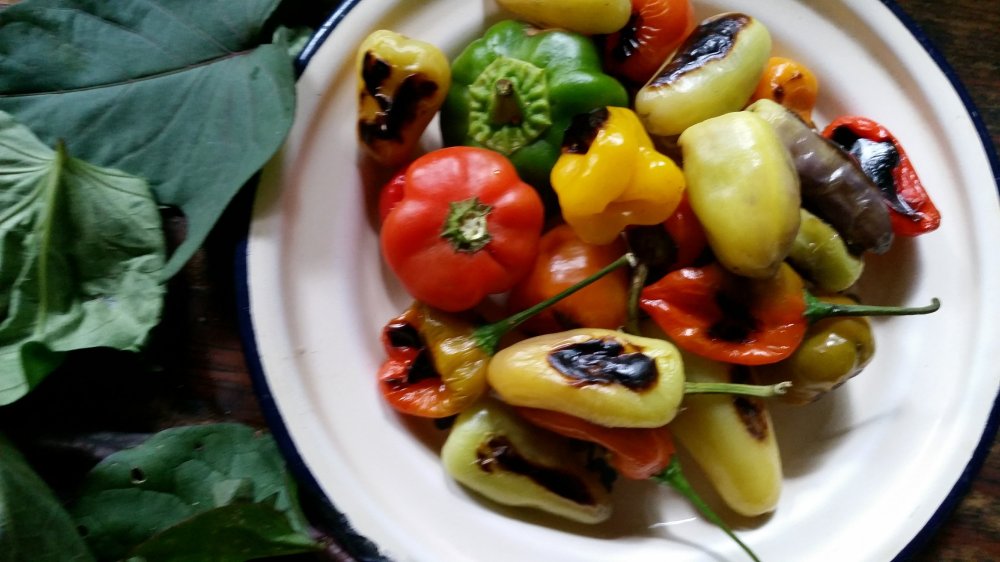 We had had trouble with a misunderstanding at the airport.  I thought Ethan had checked the Teenager’s bag beforehand, and we didn’t have enough money to check it when we got there and discovered he hadn’t. 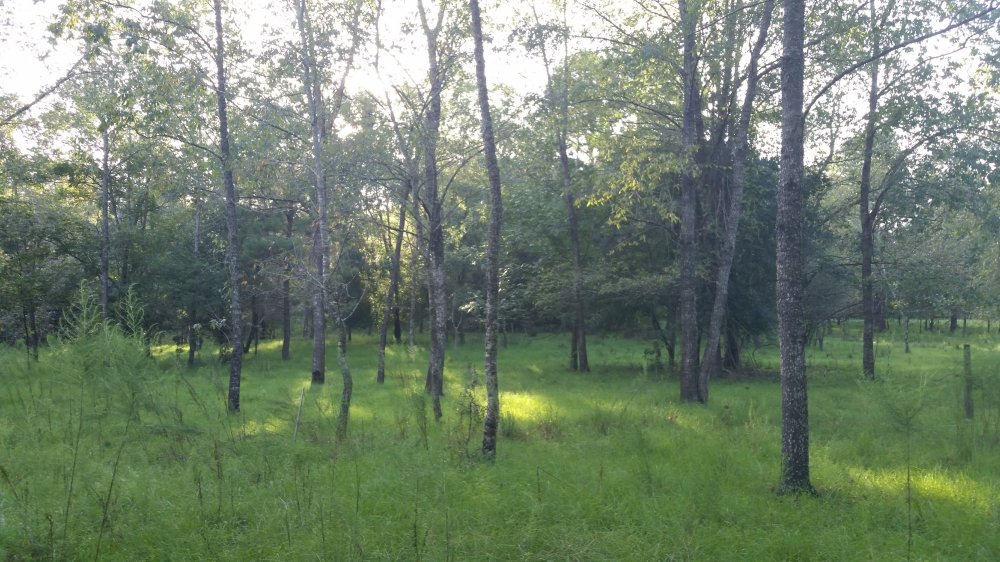 We ended up with all our things spread over the airport floor, trying to dissect the big backpack into a carry-on while other passengers stared in horror and the armed security guards looked curious.

In the end, we threw some things away and managed to sneak it in, even though the frame was an inch taller than was allowed. 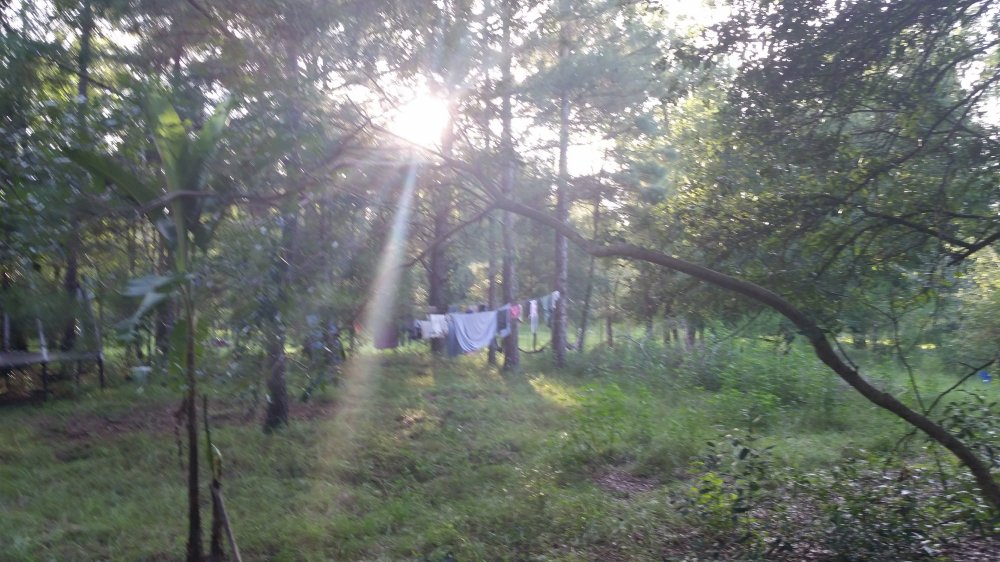 The next unfortunate thing was our flight was delayed,  and we nearly missed the connection in Denmark. We managed by sprinting the length of the Copenhagen airport – thank goodness their customs aren’t so onerous as the US – while the Teenager complained he felt the beginnings of a stomach flu coming on and made a fast stop at a bathroom.

We hadn’t even taken off yet when people started moving away from us. First it was the lady in the seat right next to us,  then the guy across the aisle. Next the three women sitting behind us started gagging and saying,  “It’s just SO disgusting!” and found other seats.

The Teenager’s gas was horrible,  but I have to admit it was the most comfortable trans-atlantic flight I’ve ever been on, and we didn’t even have to pay extra. A guy who apparently couldn’t smell moved into the three empty seats behind us and spent the whole flight crashed out. 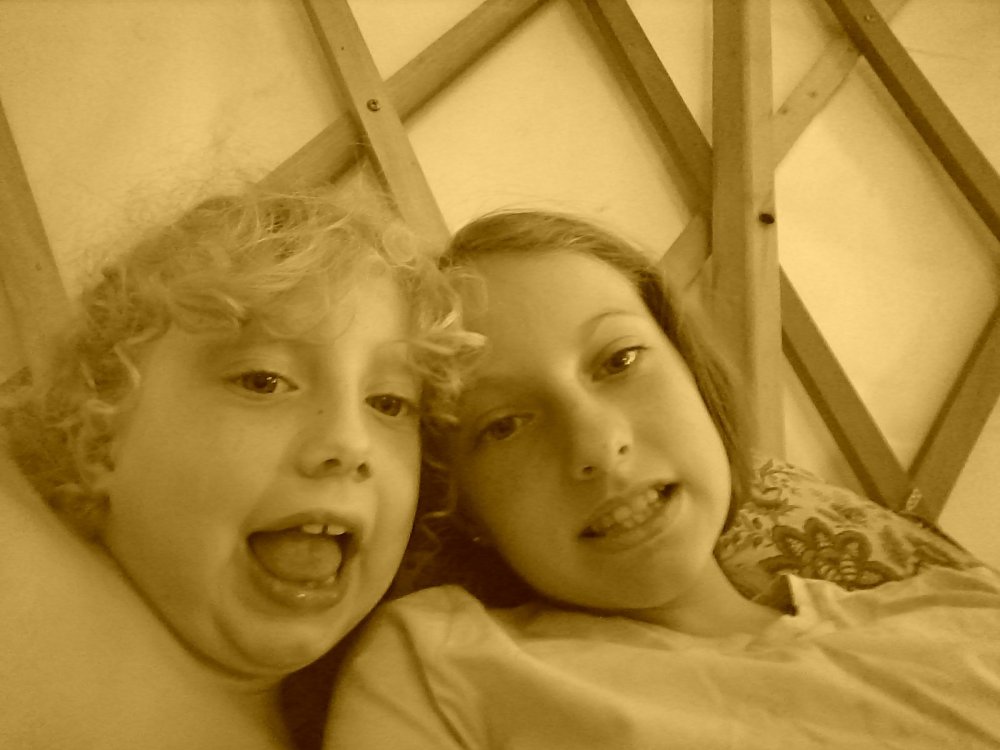 It was very,  very late when we finally got home. Everything seemed a little cluttered,  but the full effect of the girls and my husband being unsupervised for the entire summer wasn’t completely realized until the morning.

There was a little trail of empty floor leading to the loft, the result apparently of Ethan cleaning for three days, but otherwise it was a legendary,  epic,  completely unbelievable mess.

Garbage was strewn everywhere,  piles of beer cans spilling out of huge recycle bins, almost every dish and pot lost outside, dirty.  The front patio had disappeared under a pile of junk.

Inside was like a werewolf den.  Almost every clothing item was on the floor,  books and toys and trash were in big piles, and I also discovered savage inhabitants – spiders, a dung beetle, an ant nest (inside my house, yes ),  and I probably shouldn’t even talk about what happened to the strings of onions. I’ll just say my floor will always be stained by onion goo.

It took me a week of waking up very, very early, falling into bed late,  and constant work to get things back to what I think of as normal,  though perhaps not what other people would think is acceptable. As my mother-in-law said when I asked her if she’d seen the mess,  “No, but it never looks very good out there.” 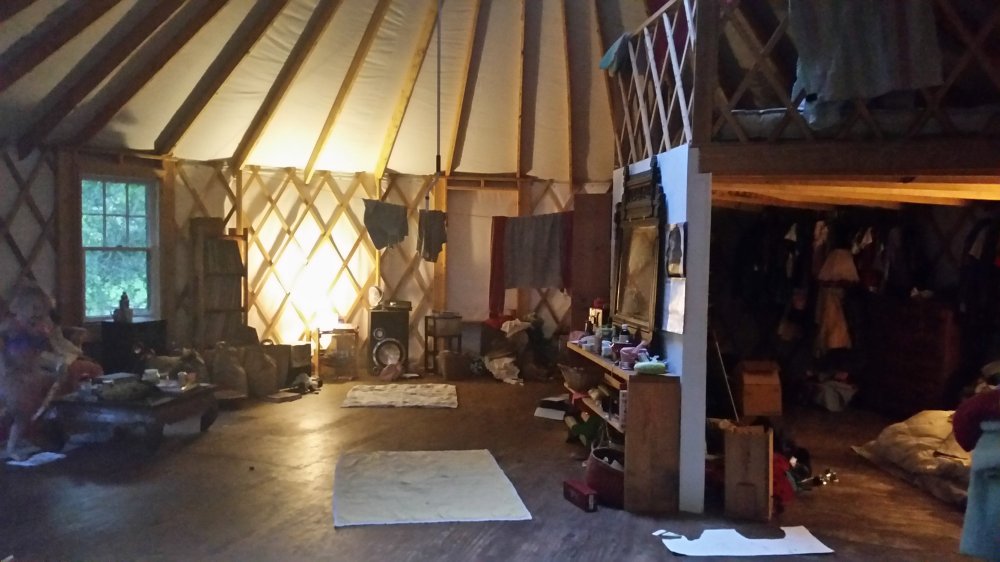 I do appreciate having a floor again,  though. And it is nice to be home, though now I’ve attempted both, I think cleaning up after my family was harder than hiking the Tour du Mont Blanc.  The very first meal I cooked with home-grown ingredients was like a bowl of heaven. 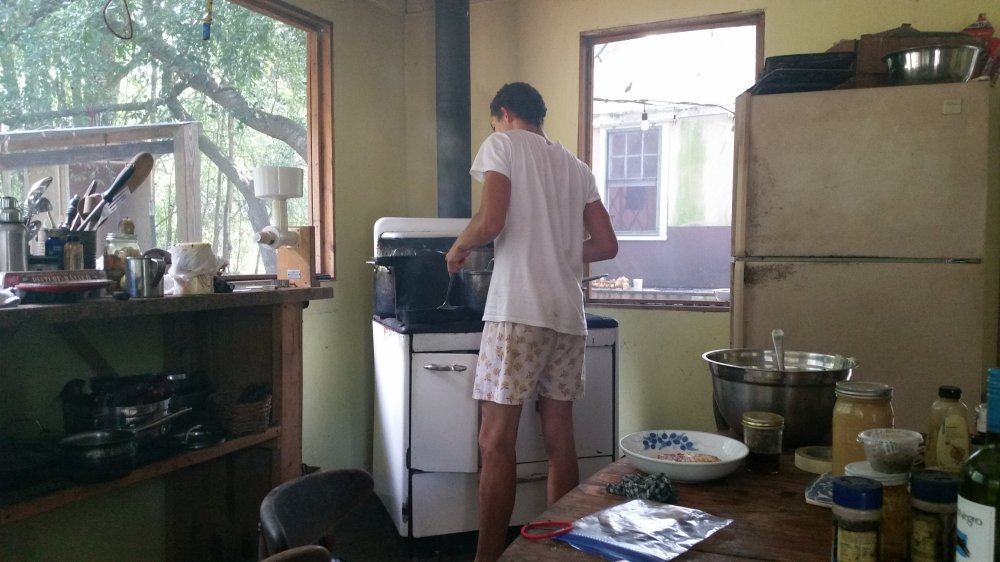 1/2 of a medium pumpkin, peeled and diced

10 peppers from the garden (I used a mixture of sweet and spice peppers,  not hot peppers)

Salt and pepper to taste

1. Toast the peppers.  I lay them in a single layer on the top of the wood stove (gosh I missed Calcifer! I didn’t even know how to work other people’s gas stoves anymore). You could also heat a cast iron frying pan and put them on that to toast I think. Let them cool before taking off the top and removing the seeds and slicing them up.

2. Melt the butter in a soup pot and gently fry the onion until clear.

3. Add the potato,  pumpkin,  peppers,  and chives and fry a few minutes to let the flavors mingle.

4. Add the broth,  season with salt and pepper, and cook until the vegetables are soft. Add the sweet potato leaves at the end,  just a minute or so before you take the pot off the stove and serve. 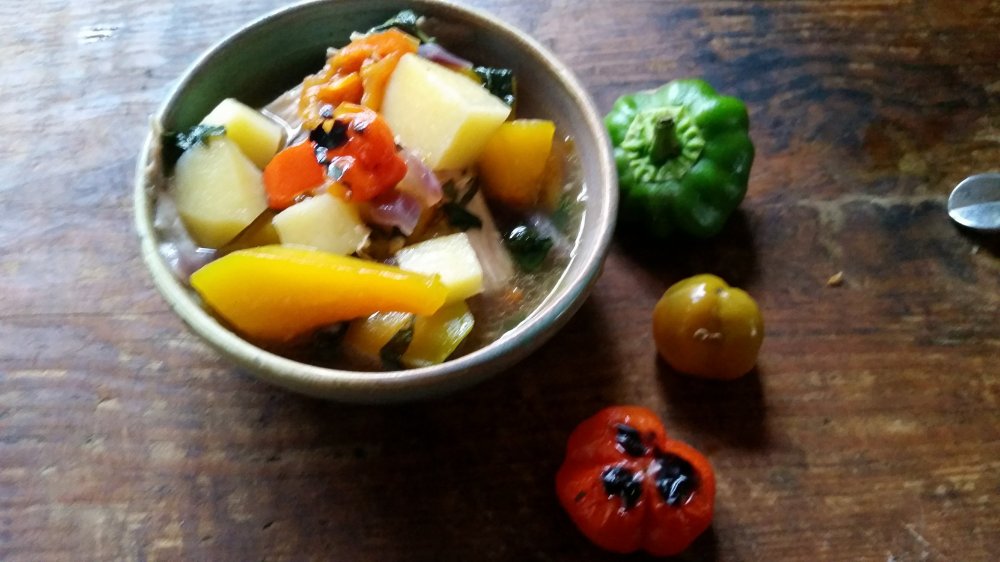