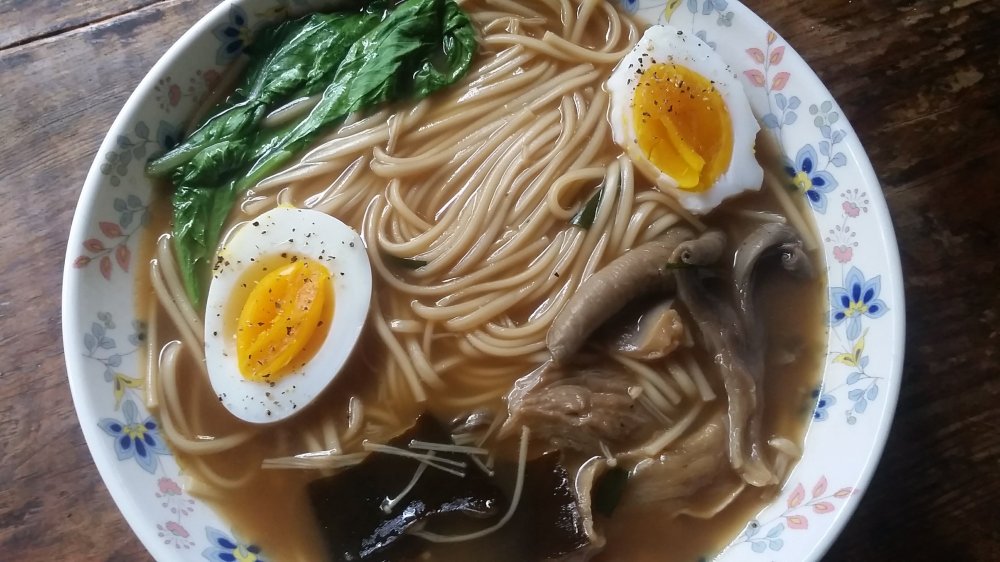 Looking back over the past twelve months, this year has been a difficult year. I think if I had known it would be so fraught with peril, I would have wanted to just give up and stay in bed for all of 2018.

Then drama with the teenager…

Then the summer garden suffered from late frosts and the monsoon-like storms that nearly flooded the kitchen almost every day. The army worms ate almost everything to nubs and i was too busy to do anything about it…

Next Ethan struggled to find work for the whole first half of the year and then was completely gone the second half to make up for it. Poverty has been the theme this year unfortunately. (and insert more drama with teenager again)…

A close friend died in time for the holidays, and to finish off, the camera i use for blogging pictures stopped working suddenly just yesterday.  Fun!

Of course there were a few good things that happened, if i think about it. We made some new friends and survived it all so far at least.

After all that, with my whole heart i am welcoming that moment to step through the portal of midnight, into the fresh newness of a new year, with a little wish to Janus, who gave his name to January, the God of doorways and thresholds, to send me some much-needed luck in 2019!

Meanwhile, there’s almost nothing that a pot of wonderful soup, the kind made with long-simmered broth and with goodies hiding among the noodles, can’t help, if not cure.

I am a big believer in the healing properties of soup made with broth so thick it doesn’t come out of the jar when you turn it upside down.

I use it to make ramen with fresh greens and earthy roots just cut from the garden, soft boiled eggs with bright golden yolks, leftover scraps of meat, diverse local mushrooms, and noodles.  The best part is that it comes together very quickly at mealtimes, has infinite variations, and is a delight to the eye, the palate, the stomach and most of all, the soul.

I was originally inspired to go on a recent ramen-making kick by the cold weather (good for huge pots of simmering broth) the urgent abundance of various choys and mustard greens in the garden, and the most wonderful local mushroom CSA we joined.

The mushroom CSA has been like Christmas! Every month we get a box of different mushrooms. They are beautifully fresh and there are all different kinds.

The disclaimer here is that real ramen is an exclusive art form, performed by masters of the craft and not generally accessible to mere mortals.

Naturally i am not only a regular person, but also a working mother of picky children, often finding myself rushing to toss food into the raptor cage as there are hungry screams and meltdowns happening on the floor between sink and stove (do other people’s children do this too and make it impossible to cook dinner when they are hungry?)

I am not a ramen master, and i don’t cook under monastary-like conditions, so my version is a very simple and practical noodle soup and uses mostly ingredients i can grow.

First i start with: 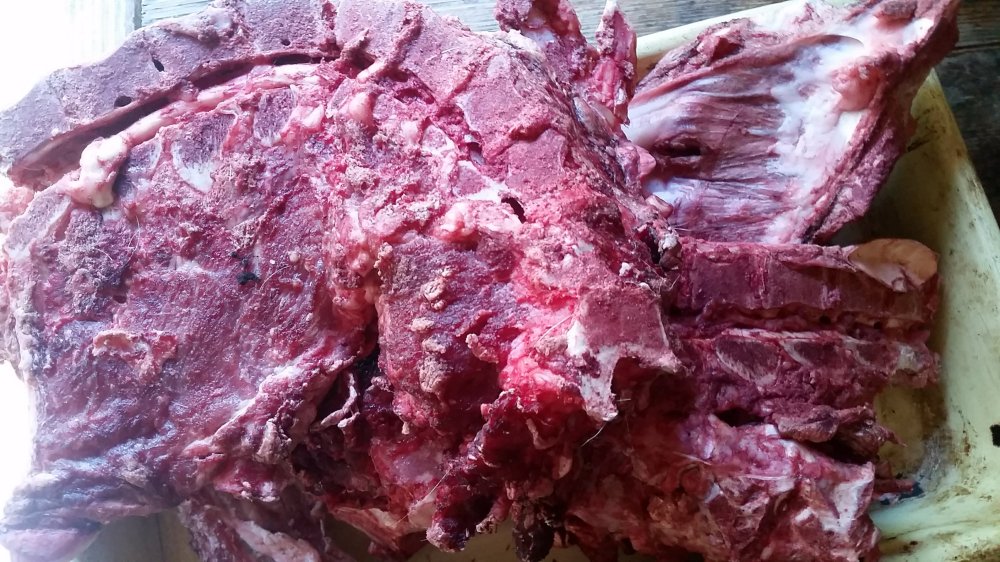 Odd bits of animal, like a whole pig head or pig feet or ears, beef knuckles, or a bunch of chicken feet (not necessary but make the best broth)

Here is a post about making good broth. I always start by roasting any raw meat or bones in the oven. This creates delicious umami flavors. Bones and chicken frames from roasts i add just as. I often have huge pots of broth cooking on the stove for days and weeks. I just keep adding water and cooking it, maybe adding some fresh bones or scraps and boiling it more.

A whole pig’s head will last weeks this way, and i have all the broth i can use the whole time. The broth gets thick and flavorful and will get the creamy “Tonkotsu” look and flavor after a few days. 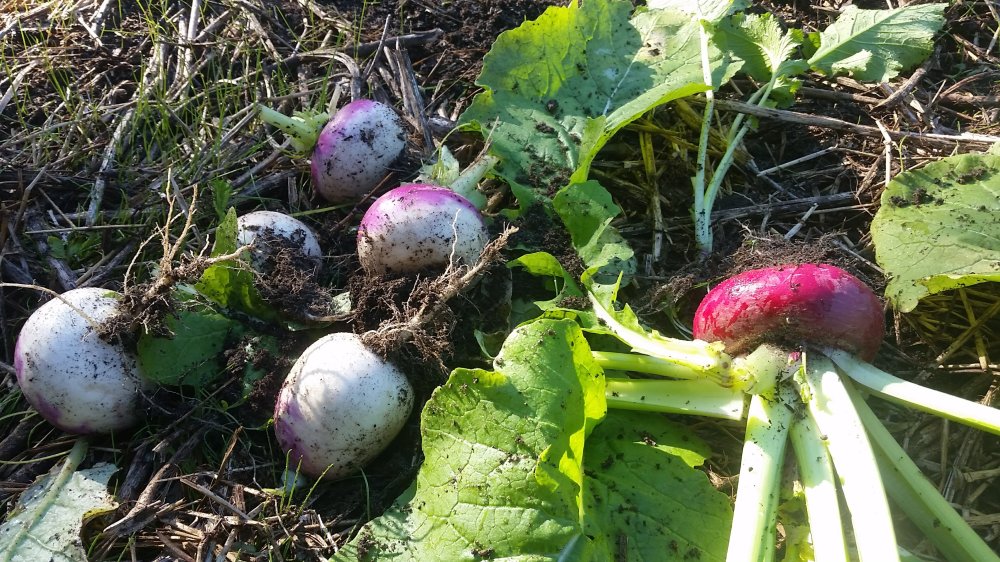 Once i have broth on hand, it is easy to make the soup part.  I make the fire in the stove, then when it is going well enough I put what seems like enough broth to feed us in a pot and set it on to boil. Meanwhile, I add any of these ingredients I have on hand:

A piece of kombu seaweed

A chunk of ginger

Once it has started cooking and the flavors are mingling I add any of these options plus some noodles just afterwards. I use about 1 bunch of noodles per person, because I have children who eat a lot of noodles.

It only takes a few minutes for the noodles to cook. To serve, i put several ladelfuls of broth and noodles in a bowl, and add 1-2 of these garnishes on top:

Fried pieces of pork seasoned with salt, pepper and garlic

Pieces of pumpkin cooked in lard with garlic and soy sauce

Turnips, fried in lard with vinegar, garlic powder, and coconut sugar sprinkled on while cooking

Shrimp or pieces of fish cooked in butter

It’s like a choose-your-own-adventure soup… no two pots of irreverent ramen are the same. It keeps things interesting.

Wishing you a Happy New Year, with fingers crossed for better luck!