I recently met Tom Wootton at a Grow Gainesville meeting, and was so excited to meet another person who has actually read Masanobu Fukuoka’s book, One-Straw Revolution, (so many of my non-garden friends sort of glaze over when I talk about this book) and has been putting ideas into practice!  We connected over a cover-crop conversation about clover, and I am so pleased that he has agreed to share about his beautiful, permaculture-inspired garden. 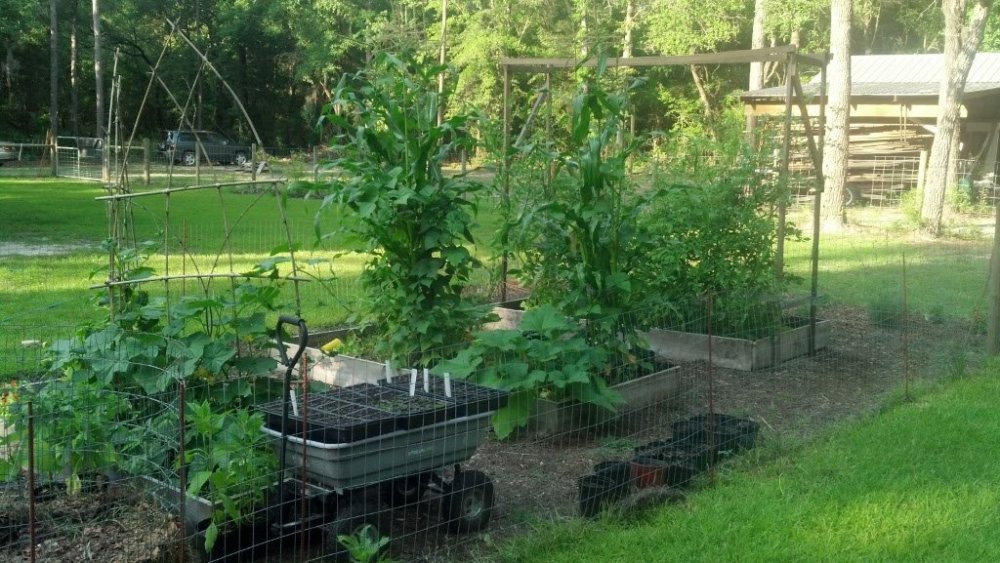 “I’ve been gardening off and on since the 1980s, but didn’t get back to it in earnest until about 7 years ago. I suppose you could say I tend toward the permaculture style; I don’t care much for digging and tilling, and the idea of relying more on local inputs and perennial crops as time goes on really appeals to me.  I’m getting ready to double the size of my fenced plot, and eliminate the raised beds.  This is a picture of raised garden beds from about 3 years ago. I’ve got a Three Sisters planting in the middle, and tomatoes in the far one.” 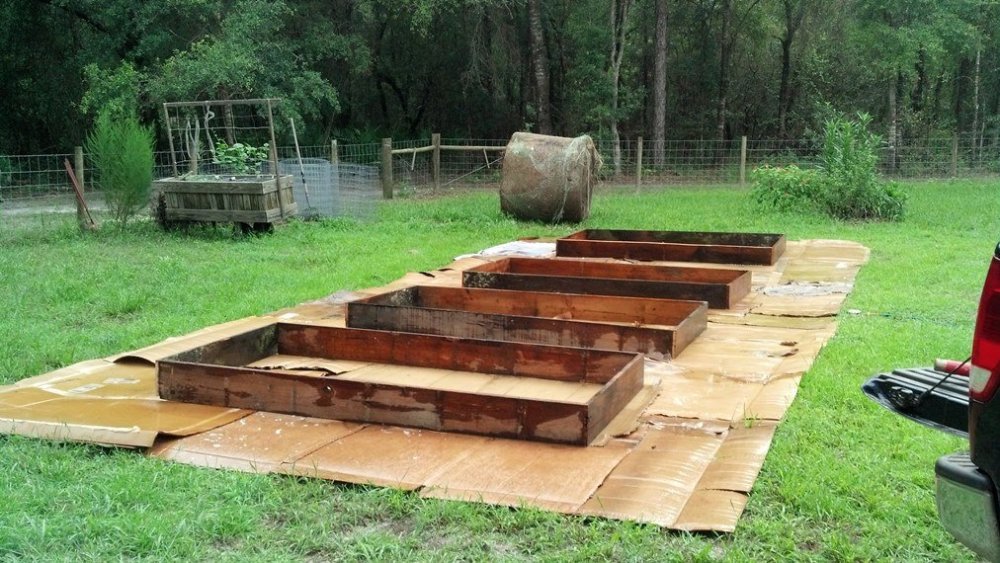 “This is a picture of setting up the beds.  The frames are re-purposed cypress barn siding.” 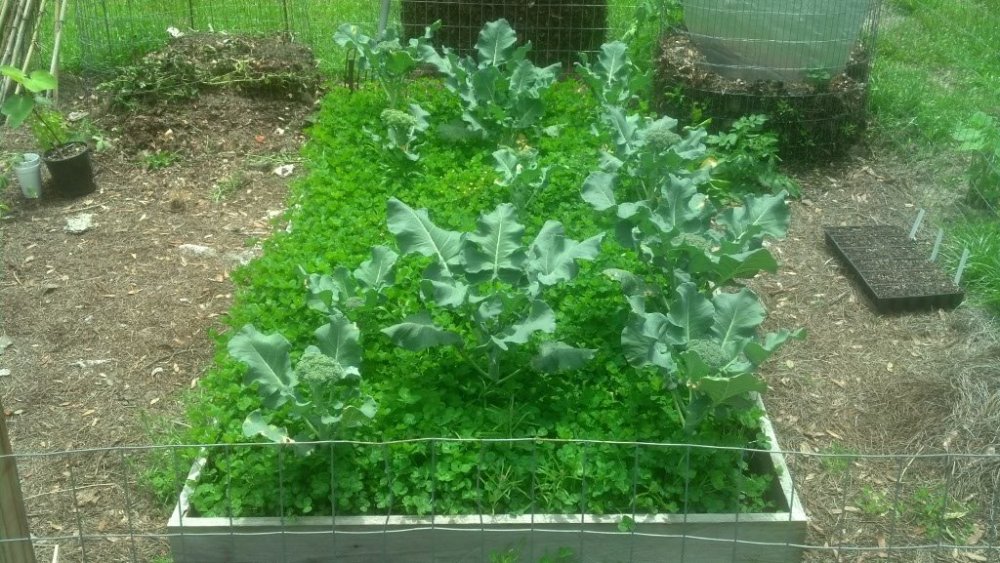 “This is a successful interplanting of broccoli with clover. My garden is kind of scattered around my yard (and my neighbor’s—we raise the chickens at his place); it’s probably about 2000 square feet altogether. It’s mostly for us and extended family, but we do share with friends some too. I haven’t produced enough of anything to consider selling it yet.”

“I use both seeds and starts in my garden.  I get seeds from Forage, along with Baker Creek, Johnny’s Seeds, and Southern Exposure. I like to get starts from Firefly Farm, and from Alachua County Feed & Seed.  Here a box of sweet potatoes on the stair landing was planted, tended and harvested by my wife, Janine.”

“I also have quite a few fruit trees planted North of the garden shed. The small ones were just planted yesterday. Pomegranate, Peach, pear, and Plum. No fruit to speak of yet but I’m hoping!”

“Here is a fig in the foreground, and orange and bananas at the corner of the house, an avocado in the middle, and a hardy kiwi on the trellis.”

“Aside from sharing the harvest, I really enjoy building things to make growing easier, things like self-watering beds, chicken tractors, trellises, compost tumblers etc.   Above  is a potting table I just finished building, and below is a new garden shed.”

“If you are just starting out, I would suggest starting small, and seek out local knowledge. I got the first part right: I started with 2 Rubbermaid bins. The second part, not so much: I planted lettuce in late March in full sun, and watched a three way race between bugs, blight and bolting; it took about 3 weeks (bolting won by a nose).”

“I built this cart when I just got back into gardening, with homemade self-watering bins (they’re the ones that I planted the ill-fated lettuce crop in…)”

“My biggest challenges have been learning to avoid wasted effort, trying to keep the beds productive, coping with pests.”

“This view is from the East fence looking Southwest. Mostly weeds in the keyhole garden at the moment (or as we permaculturists say, biomass!)”

I asked Tom to share a favorite garden recipe:

5 lbs of green and red cabbage

Thank you for sharing, Tom!  You have created such a beautiful garden and landscape!

If you are also a local gardener, and would be interested in having your garden featured, let’s be in touch!