The every day summer rains have been hard on the garden, but the pastures are lush and green.  The hay season is over, and the cows knew it as they watched us in a huddle around the empty hay ring as we set up moveable electric fencing for the week’s grazing.  Loud mooings, some plaintive, some bossy, some honking (that was Geranium, she sounds like a fog horn) were directed at us, encouraging us to work faster.

It’s been awhile since they were moving around the farm.  We had them parked eating hay around the future corn field all winter, and they are restless.  When it is time, I unhook the single electric strand from the main fence, throw it aside, and call them. “Come on cows!” I call, clapping my hands.  Heads raise, and ears flick in my direction.  “Come on cows!”  Clap, clap, clap.  The calves stand up from where they were napping, curious, watching the big cows to see what they will do with this new opportunity.

Geranium knows. She moos her crazy donkey-like hooting moo, corners herself like a battleship around the hay ring, and pushes forward, her huge belly moving up and down with her trotting.  The others have caught on. Matilda, the graceful queen, has already started picking her way around the edge.  She will get there first, because she is the queen, and Geranium will regret it if she doesn’t.

Now Chestnut dips her horns down, and gives them a violent shake as she thunders towards me, and I can feel the earth tremble under her terrible hooves.  The bulls come, too, with wild eyes, Nutty joyfully horning Ninja’s backside as he goes by, just to make sure that Ninja knows, that he knows, that he is still the biggest, baddest bull.

The yearlings and older calves are next, trotting after the big cows, leaving the little calves looking around, bewildered, wondering what to do.  The big cows press forward, charging with heels flying and horns tossing, shaking the earth, until they reach the grass, where they suddenly stop, heads down, silent except the tearing of the grass, and the gurgle of rumens. 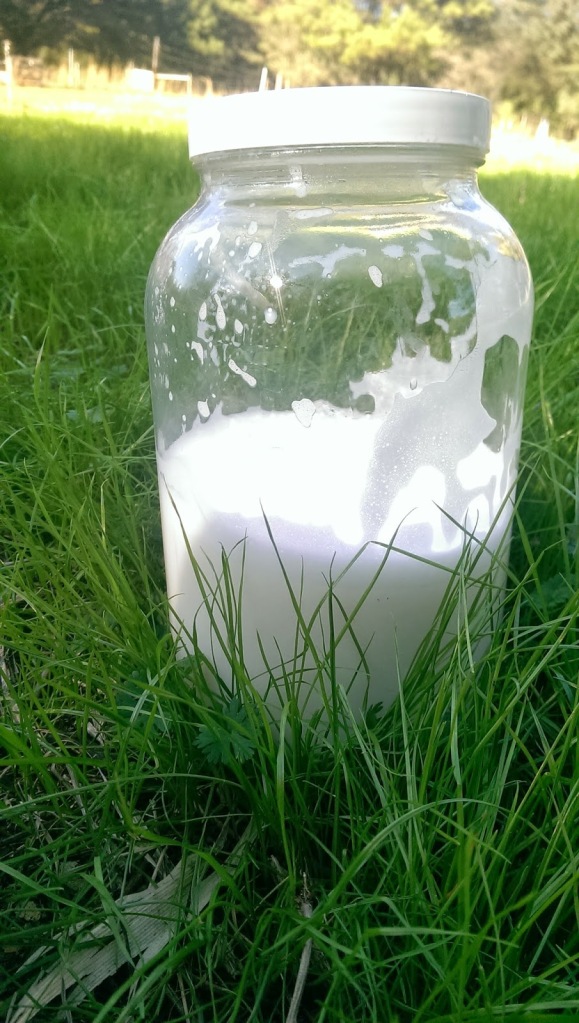 This is the season of grass, and the butter is suddenly golden and grassy and sweet. The milk jars are heavy with cream.  The chickens lay and lay, and the eggs pile up in heaped up mixing bowls. It is also Ice Cream Season.

This recipe could also be called Farm Ice Cream, because how else are you going to have half-gallon bottles of cream lying around with dozens of eggs? I make this recipe by the gallon, singing Rosin the Beau to myself as I skim, only I substitute “half-gallon bottles of cream” instead of whiskey when I sing it. It uses up a good two dozen eggs, and four quarts of cream (one day’s worth of summer skimming!) but for the average person, dispossessed from the wealth of the land, I have reduced the amounts to manageable size.

This recipe is that it makes perfect home made ice cream – and it’s delicious and healthy.  The extra yolks make a perfect emulsifier for smooth, creamy, ice cream that isn’t hard and frozen with ice crystals like home made ice cream often is. In commercial ice cream, propylene glycol, or antifreeze is used, which is very toxic. Instead of refined sweeteners, raw honey adds a gentle sweetness to the cream.  Natural vanilla, rather than the synthetic vanillin, is the only other ingredient.  This ice cream is not just a dessert, or even a snack!  I’d call it a superfood, packed with fat-soluble vitamins A and D, CLA, probiotics, and Dr. Price’s X-factor.

6 egg yolks (save the whites for this recipe!) 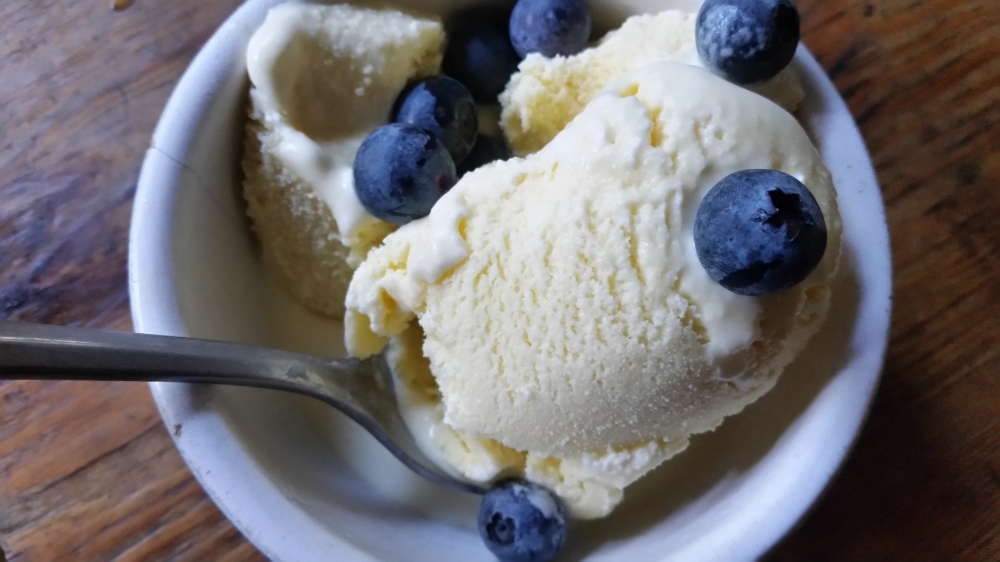