This is not a new recipe, but one I’ve made for a long time.  I first came up with it after I began to eat meat again after several years of being strict vegetarian, and then vegan.  My years of plant-based diet had started to cause some health problems for me, and I felt like I came back to life after adding some nutrient-dense animal foods into my diet again.

Crispy golden on the outside, tender pastured chicken is hard to beat. When I came up with this recipe, I had just read Sally Fallon’s Nourishing Traditions cookbook, and was so inspired to have everything I ate be healthy and home made.  When I craved fried chicken, of course it would be home made with good chicken and healthy fat!

Another interesting thing about this dish is that it was the first dinner my husband Ethan ever ate at my house!

It’s a funny story…we went to middle school together, but didn’t really talk to each other. We had classes together, and didn’t realize the other one existed. He was shy, and I spent most of middle school wishing the earth would swallow me up and my suffering would be over.  We only realized we had the same classes together later when we told funny stories about things that had happened and realized we were both there, sometimes sitting fairly close to each other!

When we were 21, we re-met at a conference our mothers had co-planned together.  I was a single mama with an active, crawling baby, and Ethan had recently decided against becoming an English major.  Our first interaction was to argue over who would get the leftover European cheeses from the conference….

It turned out that we lived in the same neighborhood, and Ethan worked down the street from the Wednesday market where I sold herbs to make a pittance. When he stopped by one evening to visit, I had just put my baby down to sleep for the evening,  I had a pan of this fried chicken, hot from the oven, and I cracked open a bottle of homemade spiderwort wine.

Well, I think it was more than the chicken dinner that made him stick around, but 11 years later, and we are still happily married! I always think of his first visit it when I make this dish.

I used to use a mixture of butter and olive oil, or just ghee to fry the chicken, or maybe some home-rendered lard when I had it.  We recently processed 60 chickens, and even though it took extra time, I carefully saved the cavity fat to render into this beautiful golden schmaltz.

The first step is to quarter the chicken. This post here has some details about the process. 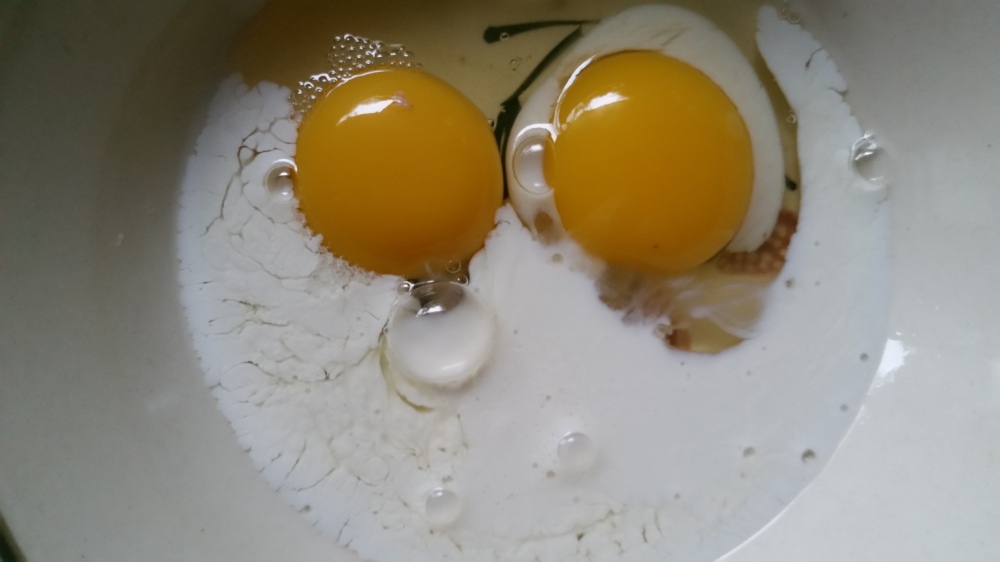 1 pastured bird, quartered (save the frame for broth) 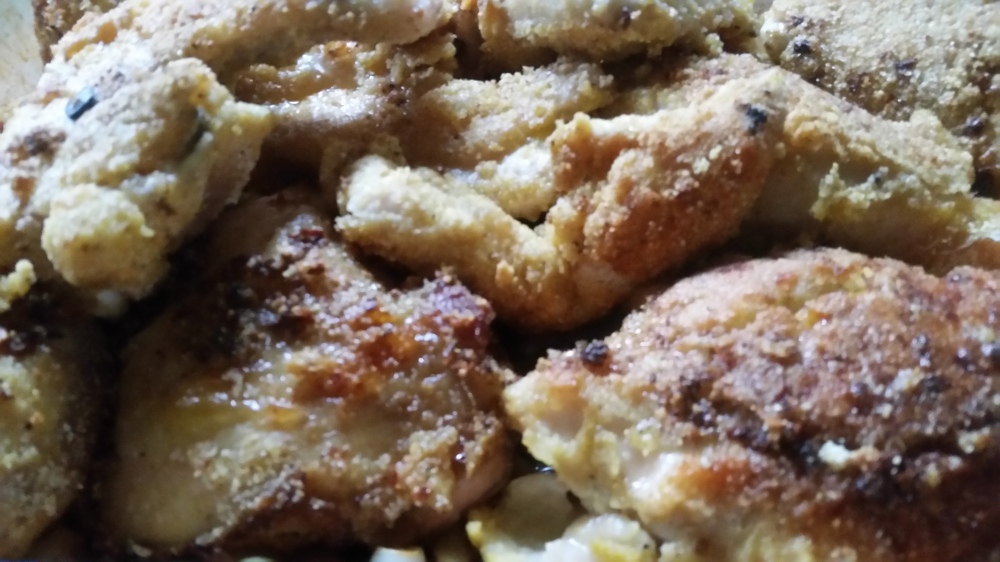