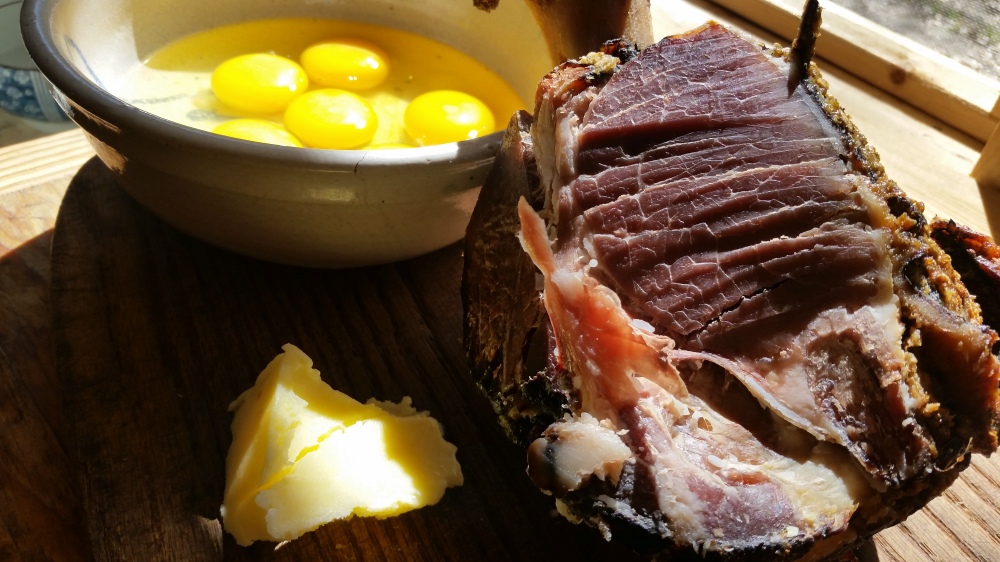 We finally roasted the ham we had curing in brine for several weeks.  The best part about ham, I think, is leftover ham.  There’s so much you can do with it.  Ham sandwiches, added to quiche, diced up with potatoes.  Still, there’s nothing that goes together so well as ham and eggs.  With all the fresh eggs so abundant this spring, this recipe came together.  It would be a lovely breakfast, or even a lunch.  (For a vegetarian omelette, try this recipe here).

You will likely notice that my re-writing of the recipe has half the number of eggs – this is because my standard large frying pan is just not large enough to properly cook an omelet with six eggs.  Three seems to give the best results, so I halve the recipe, or cook it in two batches.

Brown in a frying pan, without hardening, 125 grams of ham, salted or smoked, and lean, cut into small pieces the thickness of a small finger and 3 centimetres long.

When the ham has browned a bit, pour into the pan six eggs beaten and seasoned with pepper, but very lightly salted.

Tip the pan so that the liquid spreads uniformly on the surface, and catches.  Once the eggs can’t spread any more, move the pan over the fire, giving it a circular motion so that the eggs will not stick to the bottom.
You will know when the omelet is at the point when the top part becomes creamy.  Serve it then by folding one half of the omelette over the other, so that the part that spread on the bottom of the pan is on the outside. 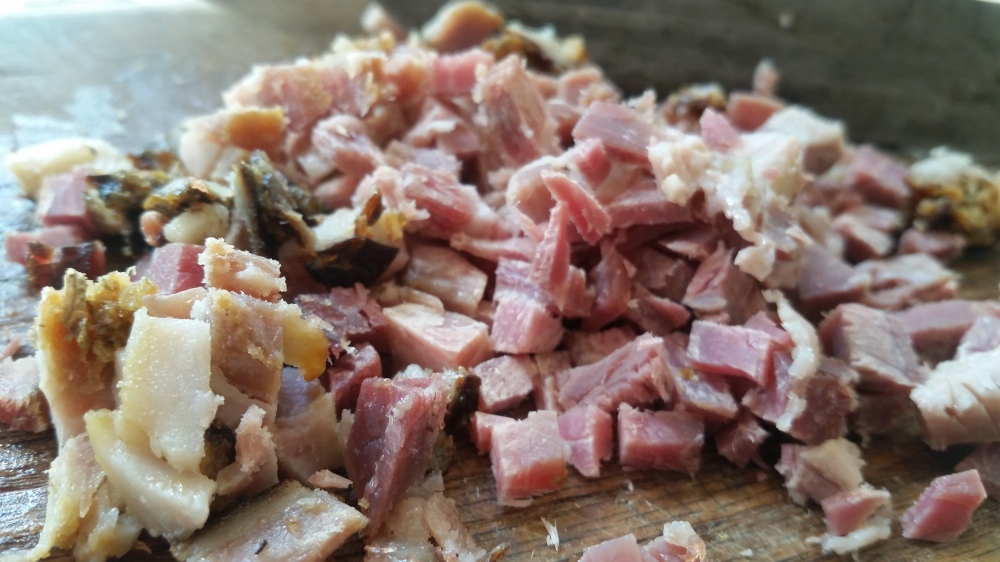 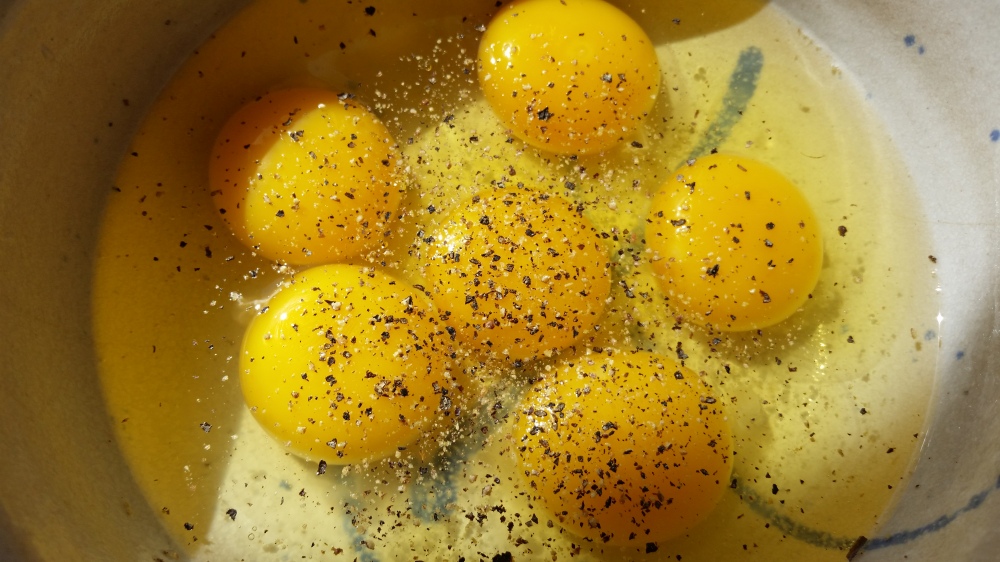 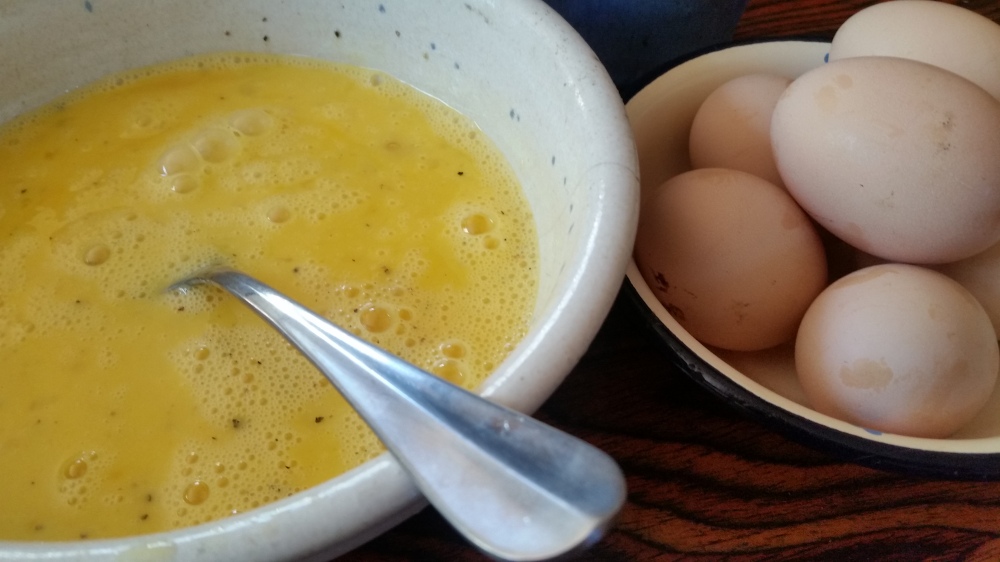 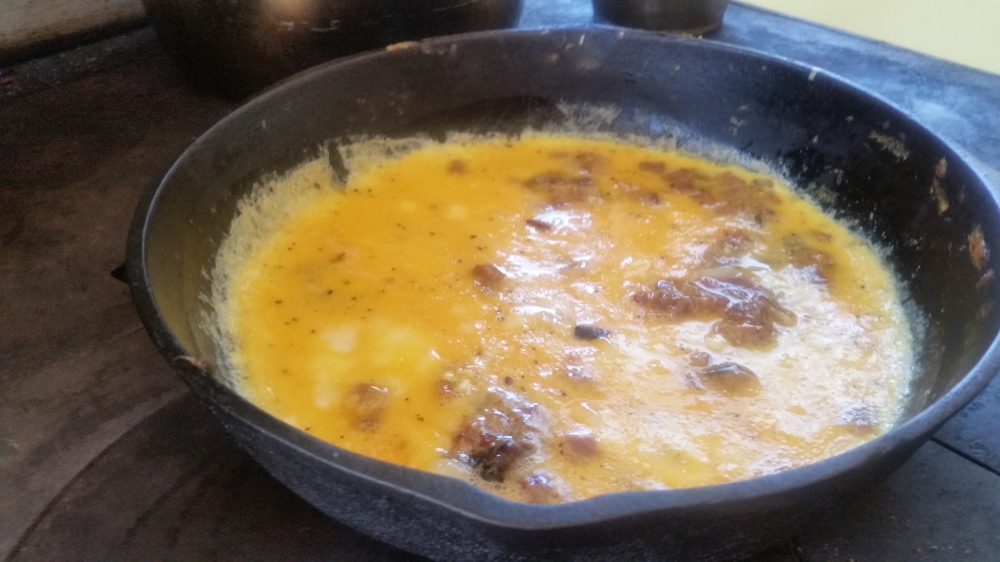 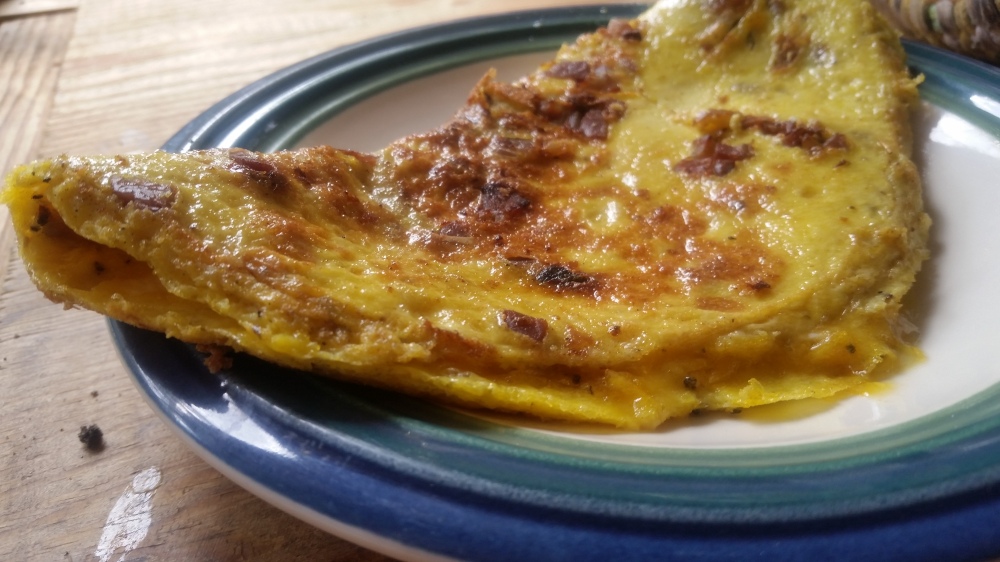