The insects and animals have been popping up all over the farm, busy, busy, busy.  In the very warm and wet spring weather we’ve had, mushrooms are sprouting up all over.  I had never seen this lovely, curly oyster mushroom look-alike.  They are all over where the hay bale was on the first line. 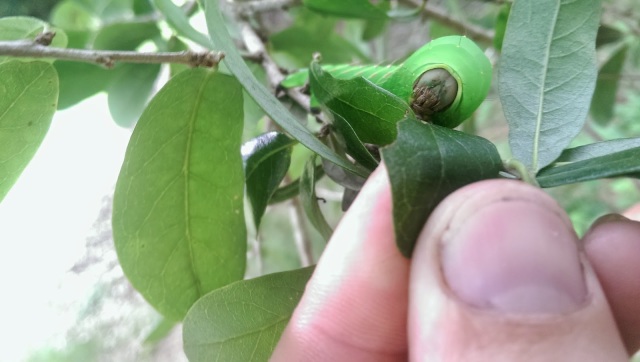 A big, beautiful Luna Moth on the oak trees.

Lots of immature true bugs all over the place –  some carnivorous and good for eating pests, some pests themselves. 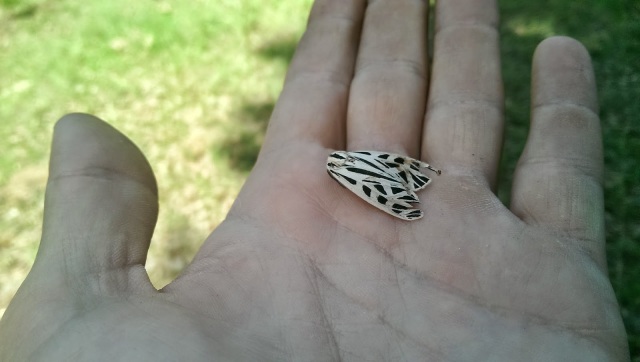 I would have to ask my dad the particulars about this striking moth.

A big weevil, I think. 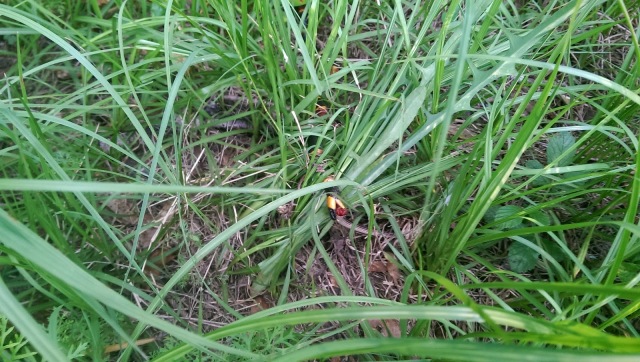 This last one was the most dramatic nature find.  Just that day a friend of mine was asking if we have lots of rattlesnakes at the farm.  I told her we really haven’t had a problem with poison snakes, and we’ve only seen three or four rattlesnakes in the almost seven years we’ve been working out there.
Just that afternoon, as I was taking the goats back from milking, there was a big, rustling commotion in the grass near me.  I peered through the tall and growing pasture, and saw a smooth, brown snake I didn’t recognize.  A second later, I saw a long tail, ringed with black, yellow and red.  It was difficult to see through the grass to tell the arrangement of the colors (to tell if it was a harmless king snake, or a poisonous coral snake).  The head of the brown “snake” slithered away, but the colorful one stayed.  I looked closer, and discovered that the brown snake had been a glass lizard, and it had left its tail behind with the coral snake, who was busy eating it!