We helped in a minor way with shearing the sheep while we stayed in Alsace. It’s a difficult job to restrain a wiggling sheep and shear thick wool away from its skin without hurting it, so our job was just to catch them, turn them into a sitting position (much harder than it sounds), and escort them back once they were finished.

Bernard showed us how to catch them by the rear right leg, and pull them over. Then you could either grab the wool just above the tail and flip them (looked really hard I didn’t try), or hold them under the chin and pull on one hind leg to make them sit on their bottom with their spindly legs in the air. Once they are sitting, it is easy to hold their front legs and keep them still.

The little yearling lambs were little, light and easy to manage, but the big, old, bossy sheep were difficult. One huge sheep tried to bite my leg when I caught her, and another one kicked my shins. I also bundled all the shorn wool into huge sacks. The fleece on the black sheep was the prettiest, and my arms were all shiny with lanolin afterwards.

The Teenager approached the job with macho exclamations (come on, it’s just SHEEP), which soon became profuse and colorful swearing when the sheep trod on his feet and head-butted him in the groin. 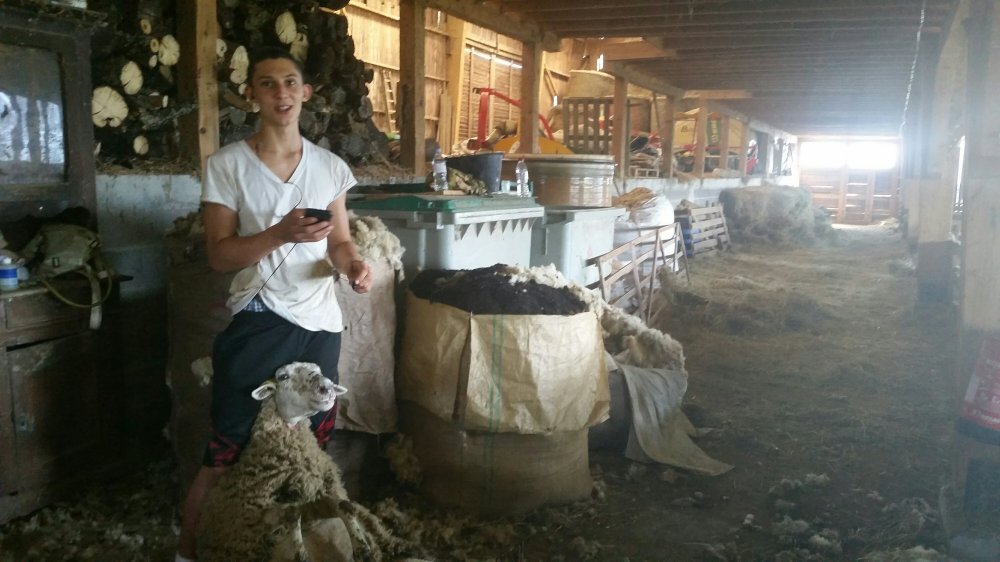 There was a dramatic grapple with one of the biggest, fattest ones that looked like it should be part of a carousel, and one of them got away when I was putting it back and we had to chase it around the barn, slipping and slithering on the loose hay, and trying to get a hold on it. There was nothing to grab, as it didn’t have a collar or horns and had just been sheared. 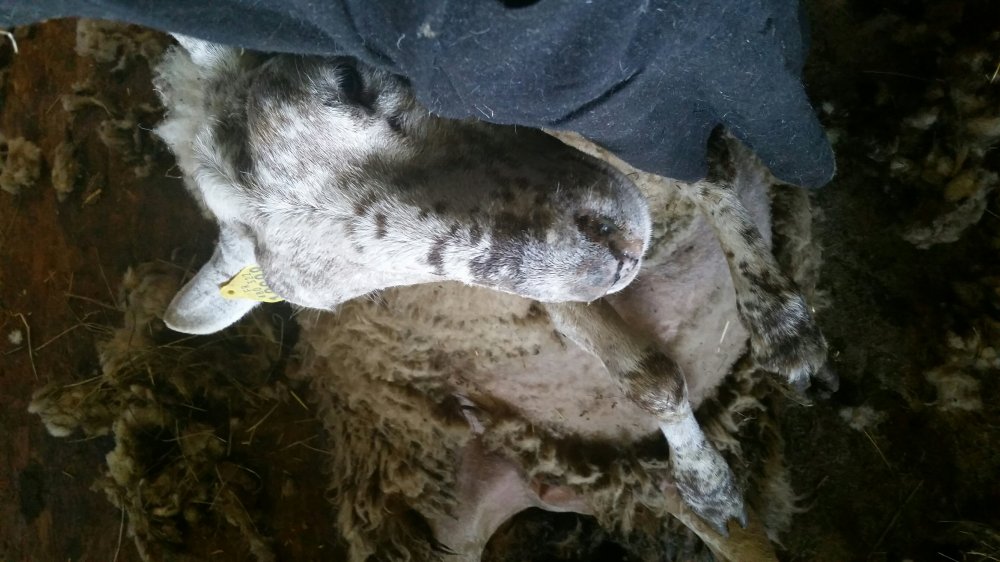 It would run down a narrow aisle for refilling the hay mangers, and we would think it was cornered, but it would charge past us and get away again. Once I ended up on my butt, having both my feet slip out from under me in the most undignifying way. The Teenager finally grabbed a hind foot and we got it back in with the others. I never noticed the sinister gleam behind the stupid, placid look that sheep have before.

Bernard’s older daughter was learning how to shear, and it looked difficult. The sheep always start struggling violently at the very delicate parts, and got their legs tangled in the electric cord. They were much cooler and happier without their wool, but they hate being handled.

It took two days to finish all of them, and the last job before sending them all back to the pasture was to wean the big lambs. Bernard caught them, and I pulled them over to a separate enclosure.

It was loud that evening, once the lambs and sheep began to miss each other. I never realized before how many different tones of voices sheep have, but the barn was filled with all different ways to say, “Mah!”