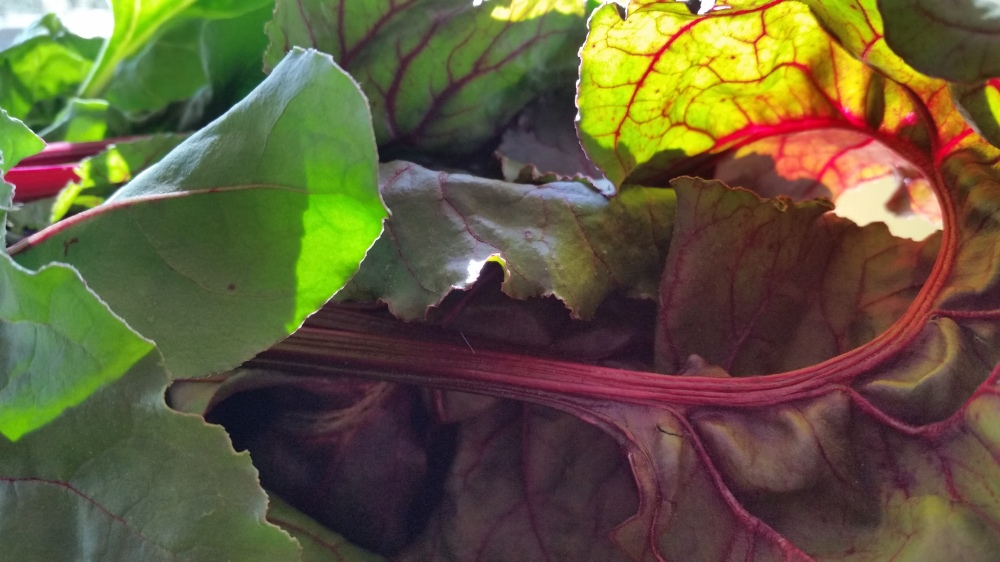 I’ve tried starting it at different times of the season, in different conditions, with either coddling or neglect (some plants do better with one of those), or both.  I’ve tried all kinds of varieties, especially the ones whose seed-catalogue descriptions would make you think that if you planted it once, there was no stopping it after that, and you might wake up one morning with it strangling the house.  No matter….if I even got them to sprout, they would send out a few pathetic leaves and then stop there, looking unhappy, no matter what.  This year I tried again, without much enthusiasm.  I tried scattering the seeds in the row and raking some soil over them.

One plant grew.  One.  It has had four leaves on it so far, which I didn’t have the heart to pick, and looks unhappy with the change of seasons now.

However, with gardening you often have to look on the bright side, and make-do.  We have some nice beets coming along now, and beet greens are very similar to spinach – in fact, this very recipe made by my aunt in Nice was very, very like the version I made with beet greens.

The Preparation of Spinach

R. Blondeau notes specifically in the section of spinach recipes:  “Spinach is best eaten in winter or early spring; beyond this time, they are too acrid and the flavor is disagreeable.”  (With the very warm weather lately, those four leaves are probably acrid and disagreeable, anyway).  It goes on to say the leaves must be washed, and any yellow leaves discarded.  The leaves are then cooked in salted, boiling water for about 5 minutes, then they are removed and plunged into cold water (it sounds so dramatic!  As if the leaves were jumping off the high-dive into the cold water).  They are then chopped and are ready for the recipes.

Reheat the spinach in a pan with salt and pepper, add 100 grams of fresh butter, mix until the butter is melted, and serve. 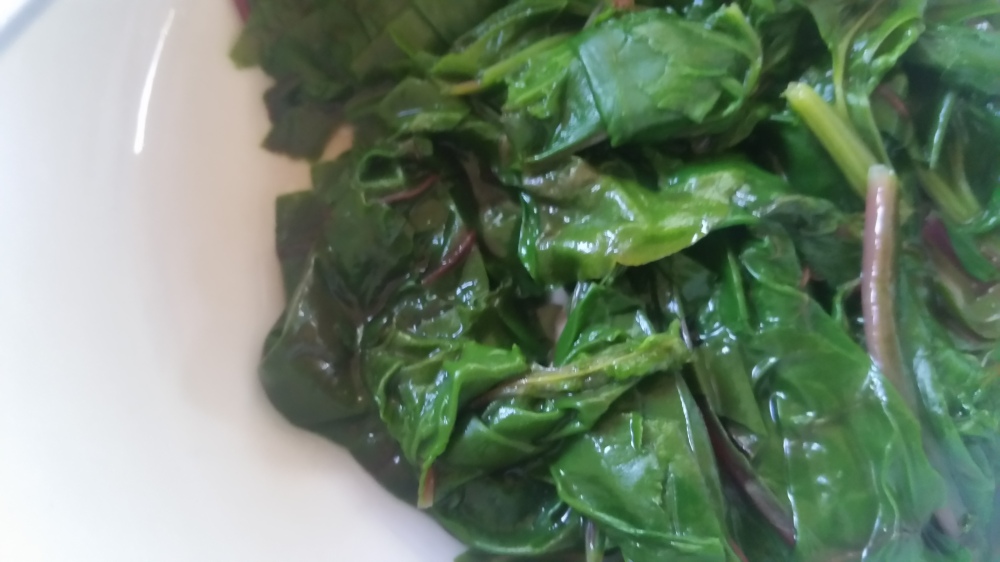 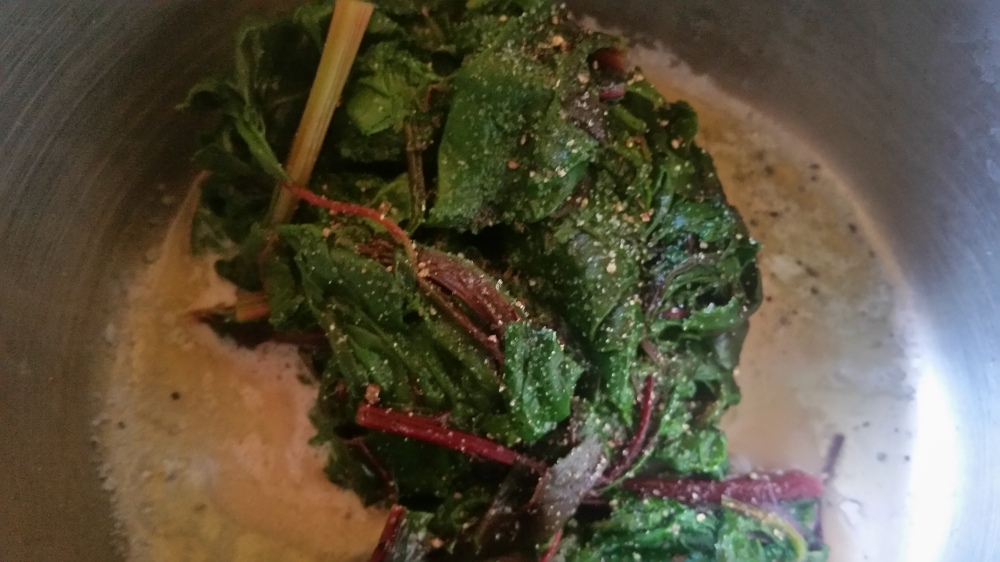 A good bunch of spinach (or chard or beet greens.  With the beet greens, cut off the long stems at the base of each leaf)

More cool water in a bowl for plunging