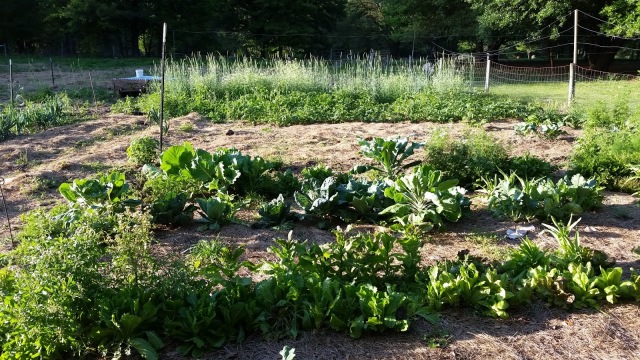 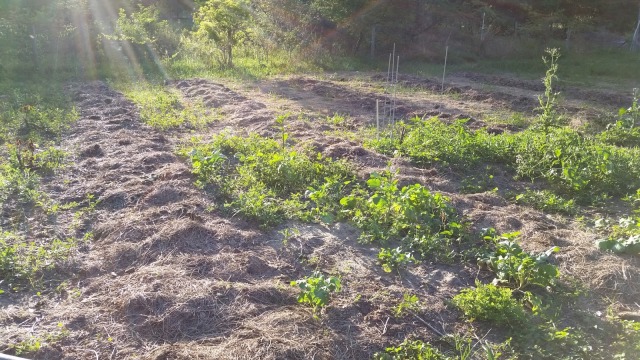 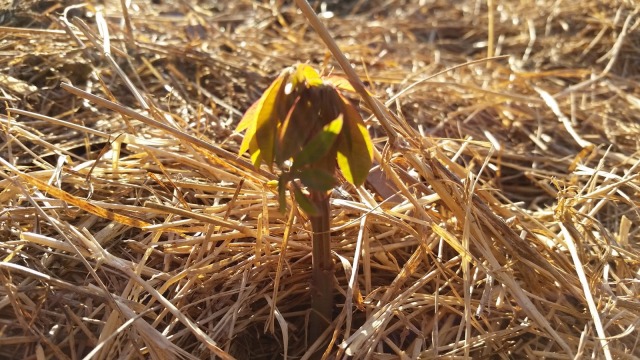 I loved this quote from Ben Hewitt that he posted recently:   “Things will get done, and that which doesn’t get done will get done later or ultimately be deemed unnecessary in the first place, and we’ll think to ourselves isn’t it lucky we didn’t do it back when we thought it had to get done, before we had a chance to realize it didn’t need doing at all?”

The spring/winter garden has bolted, and is quickly ceasing to be edible.  In the summer, things wither up when they are done, and in the spring they burst into bloom and become bitter.  There is still chard thriving, collards, a few cabbages, here and there a late-blooming lettuce, and a couple of stunted kale plants the rabbits got tired of.  The anise, the cilantro, the parsley are tall and covered with white umbels.

The sweet peas, for once, are sitting up, looking alive, and are actually producing peas.  None of them make it home.  I always wish I could plant half my garden in sweet peas (I’ve actually tried it before), but the rabbits just eat them down as soon as they grow.  They start leaving them alone in the spring, which makes me think I should just not even bother planting them until January.

This is a little lean season we have to get through until the summer garden begins fruiting.  Tiny cucumber plants, little bush beans, pumpkins, and sweet potatoes are just curling out their first vines.  The tomatoes are flowering, and the cassava sprouts are up.

I always find it difficult to cook in the in-between seasons – unlike at the peak of seasons, when your dinner is dictated by how many oversized cucumbers or large marrows you’ve discovered hiding among the leaves and getting bigger and tougher every day, the in-between seasons force you to be creative. It would definitely be easier to just buy vegetables, but this is what makes the first tomato worth waiting for.