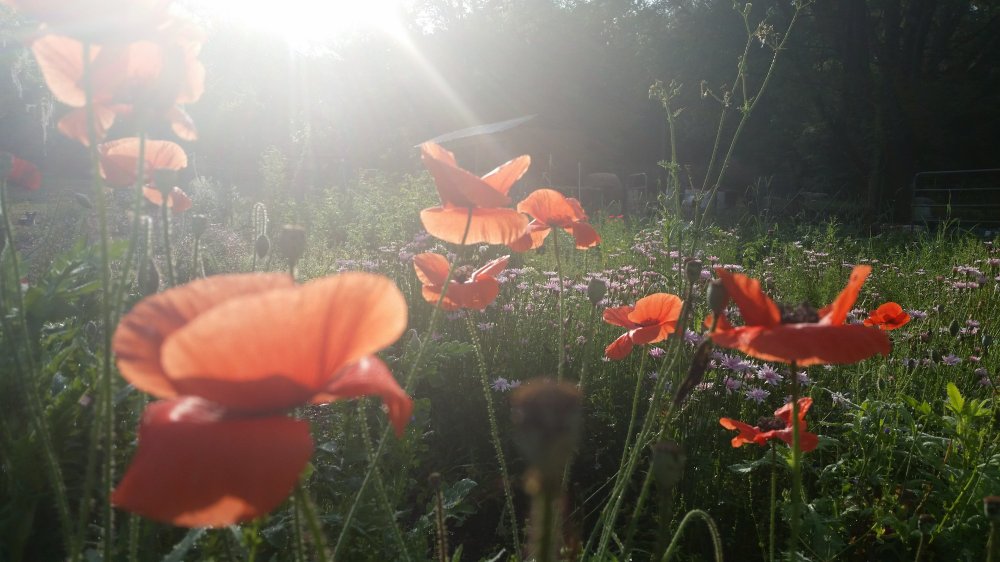 Just after we moved from my childhood home to a lonely neighborhood, i started having panic attacks.

A month before we had moved, I got eight new silver amalgam fillings, triggering a severe kidney infection that didn’t respond to antibiotics, asthmatic bronchitis that i didn’t fully recover from for years, and a heart arrhythmia. I found myself struggling with terrifying bouts of asthma, which my new inhaler didn’t help. At night my heart would ache and pound, and go suddenly quiet and come back with a painful spasm.  No one seemed to know what was wrong. The doctor told me there was nothing they could do for heart arrhythmia. 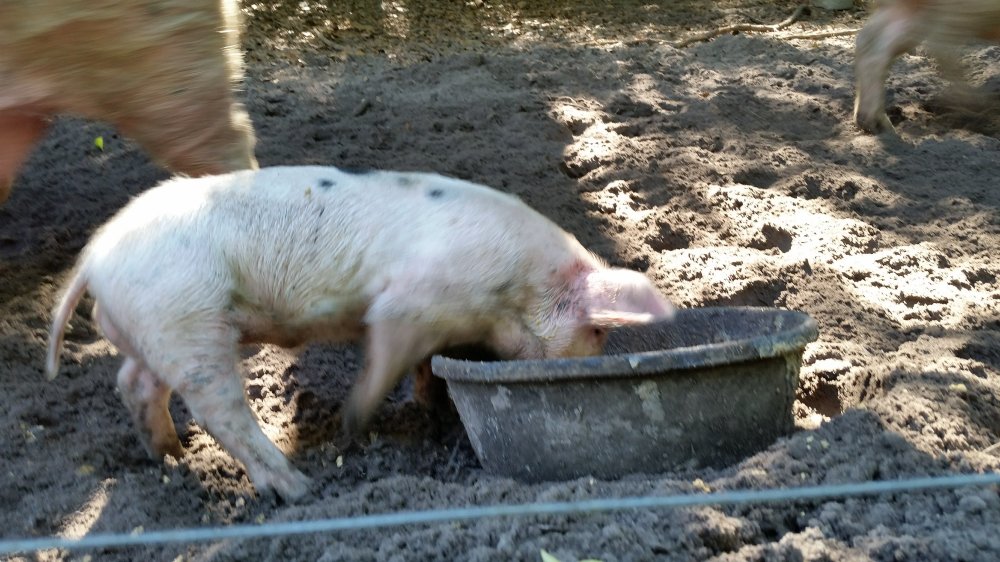 It was then, for the first time, I realized the possibility of death. i found myself looming over the abyss of non-being, the concept of leaving existence behind forever. It would often happen just before sleep, while i was lying quietly, feeling my heart beating, thinking of how many beats it would be allowed.  A cold terror would fill me up, and i would sit bolt upright, crying and screaming.

I remember looking at the people around me, wondering how they could be so normal, when this terrible fate lurked over their lives. 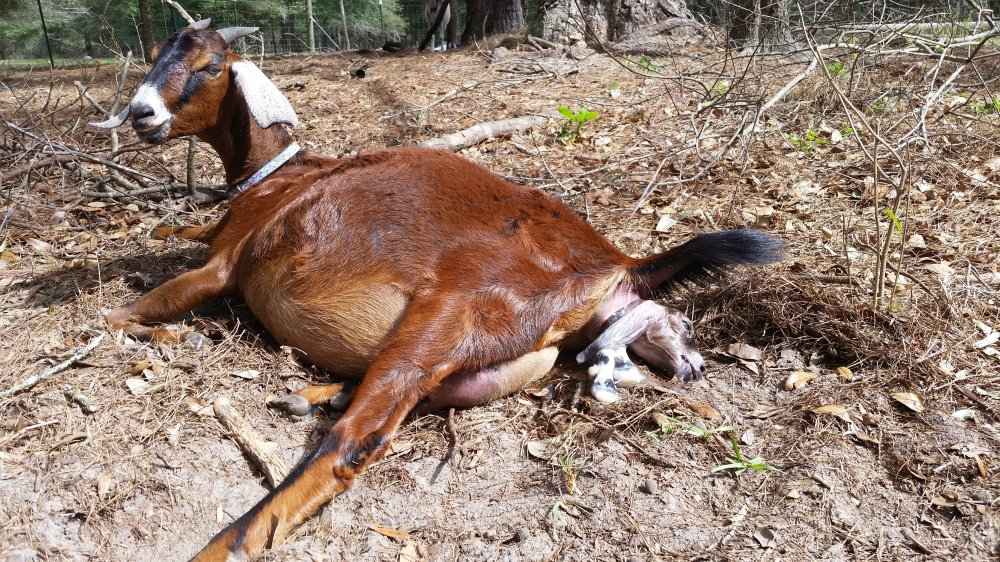 My family decided I was just insane. In a few years my fillings (which were baby teeth) all fell out, and my asthma went away, but the awareness of death never did.
In high school i read the story of Buddha, and it spoke to me – his slow awakening to death being a part of the world, and the tale of the mustard seed. I felt comforted by the idea that death, while darkening our bright days, also motivates. Each day and each moment is so precious, running through the fabric of life not knowing how long you are gifted until the fates give your life-thread the final snip. 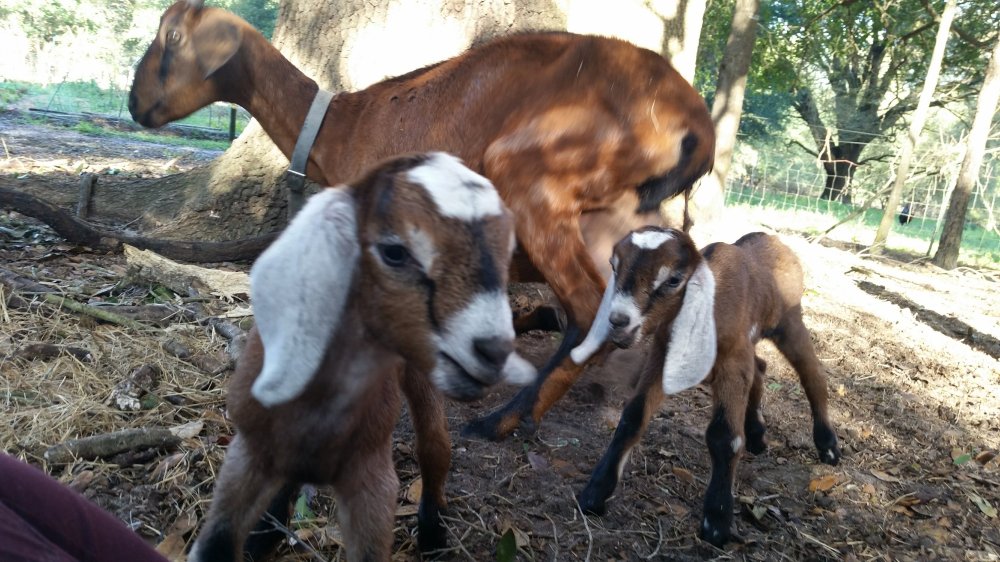 When my grandmother died, it all felt overwhelming. She was the first person i was close to that I lost.  I felt like some essential part of myself withered when i looked into her stiff and pale face at the funeral home. Hers was the first dead human face i gazed into. I realized then how important it is to love and appreciate the people you share your life with. The ache of losing them never goes away.

Once when i was reading about Great Zimbabwe, I discovered a story of an old man telling his son, “It’s better if I die,  because as i am now, I will be more useful to you in the spirit world.” Because of the belief that the ancestors are still able to watch over and communicate with the living people on Earth. This story spoke to me – even now i don’t feel that my beloved dead are completely gone. They still come to me in dreams and hover in the edges of my mind. 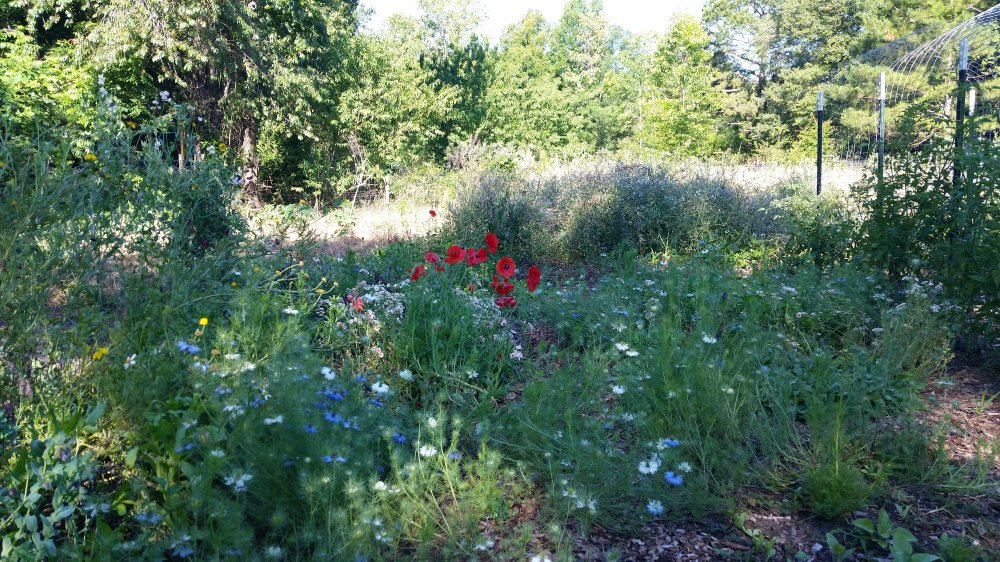 I as a teenager, I went vegan. I embraced the story that i only supported life and good things. I didn’t want a part in death. The problem was, after several years i felt awful. As much as i rejected death, i felt my body crumbling,  and my own death felt like it was creeping towards me.

The first time i ate meat again, i felt like life was coming back to my cold extremities. I had color in my face – i felt suddenly happy and calm. The more i added animal foods back into my diet, the more alive i felt, and, after many years of fake soy and vegetable foods,  i was shocked by how REAL animal foods tasted. I knew i needed this nourishment to be healthy and happy, and this was what led me to growing my own food. 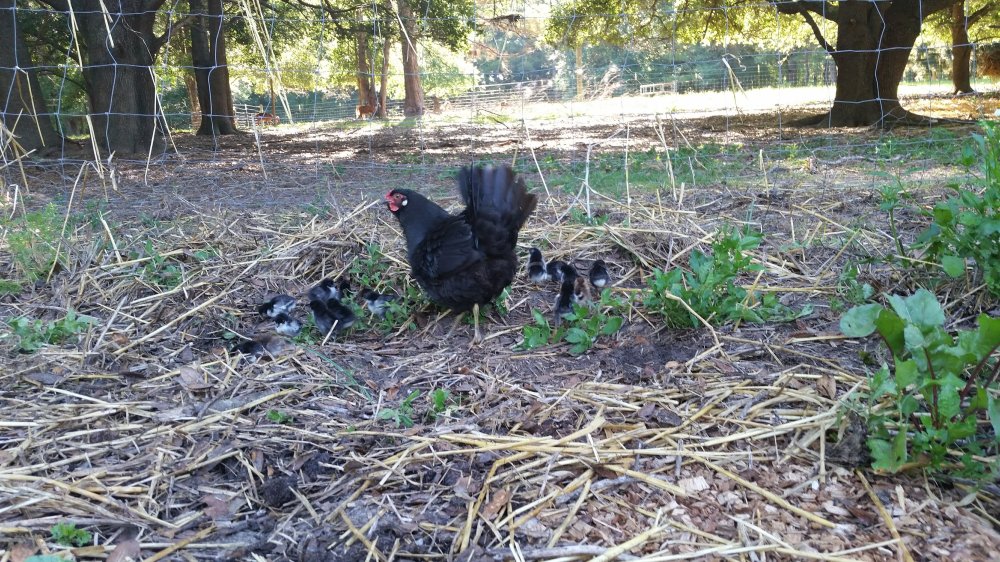 I’ll never forget the first time i took part in a slaughter – it was at my friend Karen’s farm. They were killing a pig for the first time. When they hung the carcass up and her husband Ed cut the belly open and pulled the organs out, I was struck by their beauty and color. The green of the gall bladder, the mottled purple of the sea creature-like spleen, the delicate lace of the caul.

The first animals we raised were pigs and chickens. When we killed the first pig, i felt something inside me shriek, witnessing for the first time a death-blow, the fatal cut, the gush of blood pooling on the sand.  It was the finality of it, and as i bore witness to the passing of this spirit, the end of this animal i had cared for,  I felt the shadow of my own death rest its chin on my shoulder. 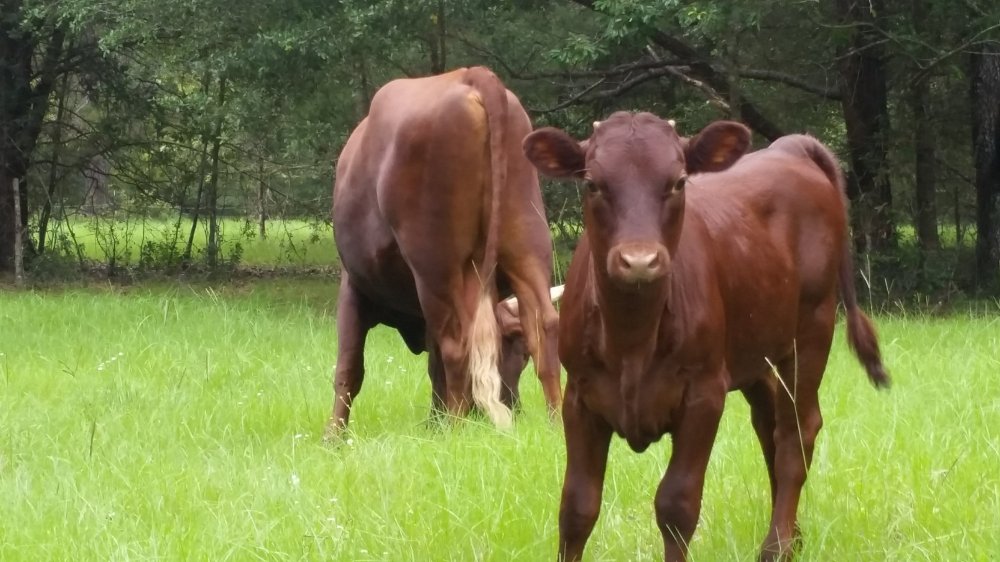 Even now, when we kill an animal, although part of me shrinks away and wants to hide and run away, i make myself be present, infinitely grateful, knowing that one day this will be my sacrifice, and it will be my turn to depart forever. Still, I never see the spirit slowly fade away from a living creature without an ache in my heart (i swerve around butterflies when i drive).

But afterwards, there is the bustle and the busyness, the heavy work of the harvest, and the grateful partaking of delicious food. 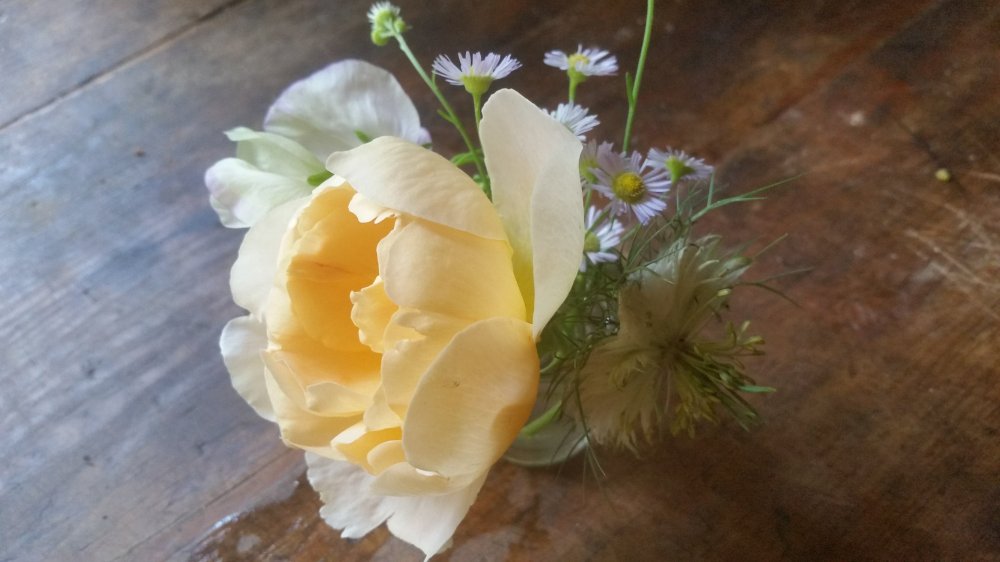 After all these years now I can clearly see the gift of death. Once there are less animals, nature shakes away the burden and grows greenly and deeply. I see the fading of each garden, the clearing away of the old and expired making fertile ground for the new. Each parting wound is poulticed by the delicious joy of a tender new being. All of us, both great and small must face the same – from simple cells to the stars themselves. 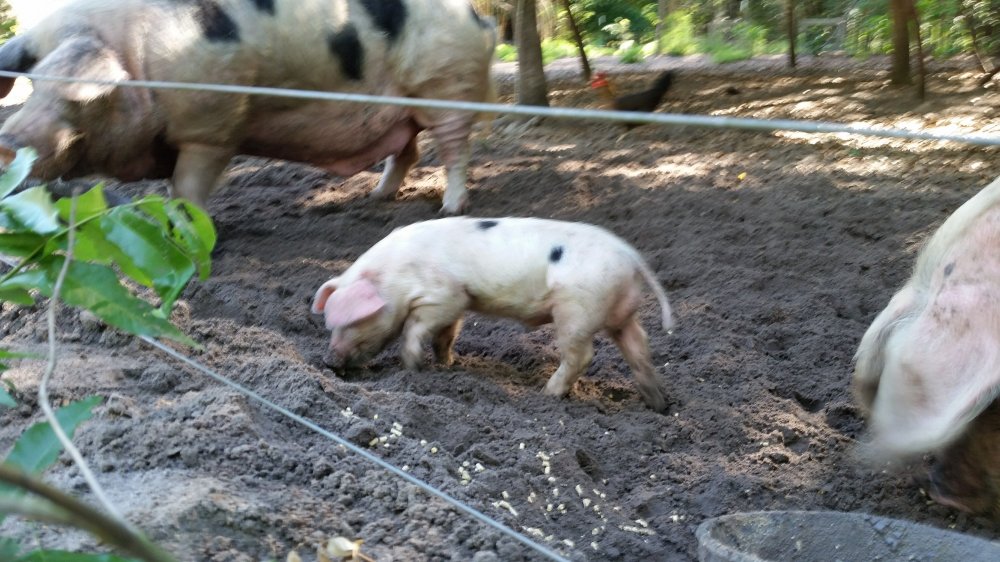 A few years ago i suddenly became deathly ill. For days i lay in terrible pain, until i was certain i should go to the hospital (i only go if i am actually dying – and even then only if I’m sure they can do something helpful). All the time i had felt myself being pulled along a shadowy road, and strange music rang in my ears, almost like a ghostly chorus of fiddles, first low and haunting, and then high and sad. 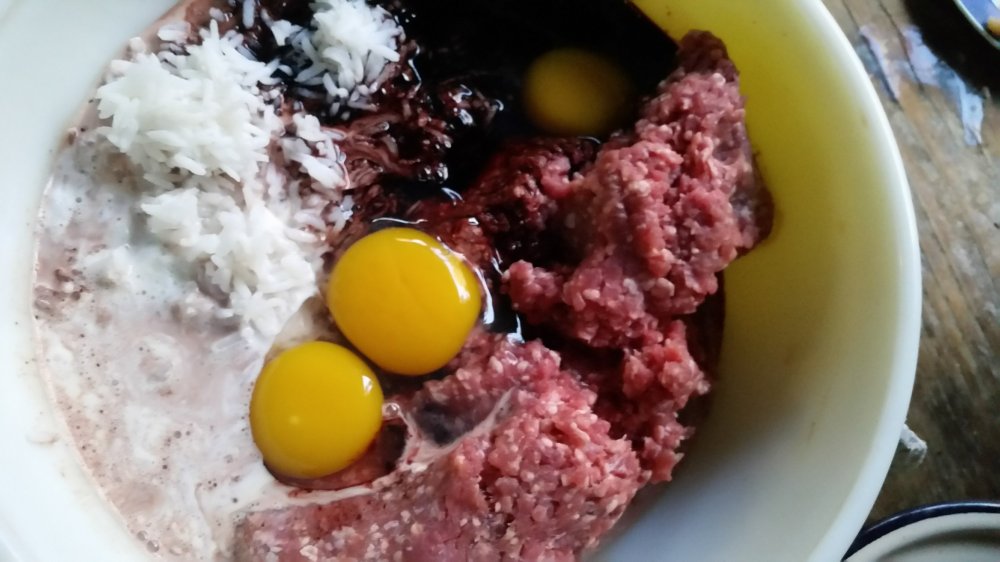 The doctors at the hospital rushed me to surgery, even though i hadn’t fasted long enough to be safe, and while i was wheeled to the operating room, knowing perhaps i might never see my children ever again, the ghostly and poetic words of Thomas the Rhymer ran through my head…

“They went on and farther on,

And waded through rivers above the knee

And they saw neither sun nor moon

But they heard the roaring of the sea.

It was mirk, mirk night, there was no starlight,

And they waded through red blood up to the knee,

For all the blood that’s shed on Earth

Runs through the springs of that country…”

There was no fear for me in that moment. Like the births of my children, this was a test that hovered on the threshold between life and death. Either you make it, or you don’t. 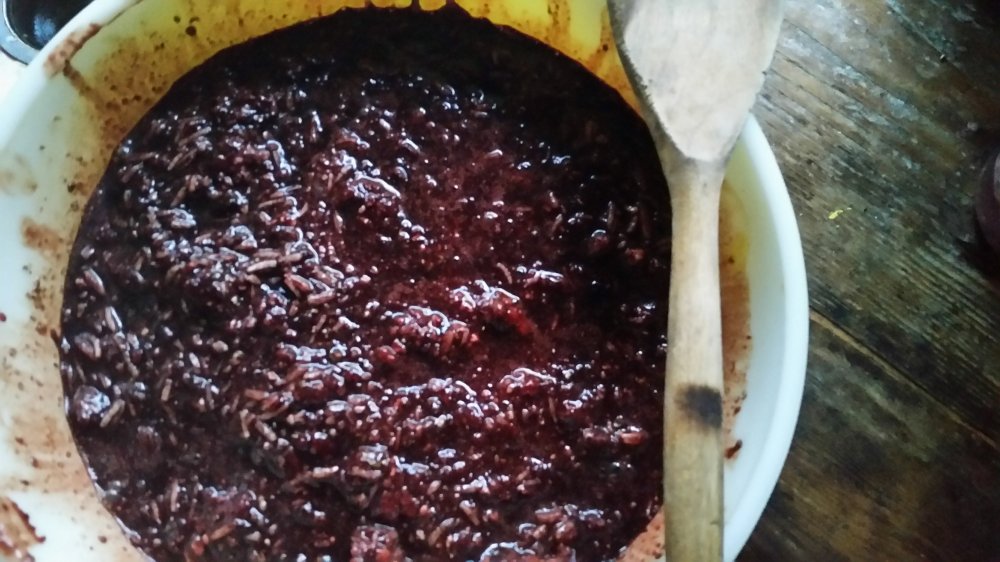 It was only afterwards the doctor told me they didn’t expect me to survive, that i had had a very small chance to live, and that I began to die and came back suddenly, surprising everyone. Semi-conscious and still on a breathing tube, i felt the doctor pat my leg and say,  “This is an amazing girl.” 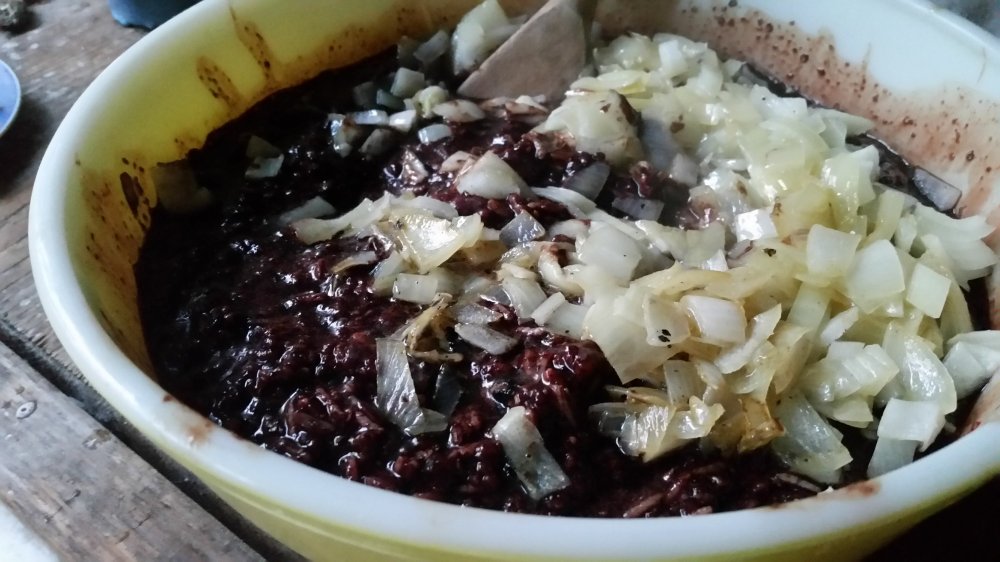 Every single day for me since then, has felt almost sweetly stolen. I have so much appreciation for this living experience, hard as it is. Despite the hardship and suffering we might find here, the unkindness of others, the betrayals, the disappointments, and especially the terrible truth of what lies ahead, it is worth the gift of every glorious and golden second of being here in this beautiful world, as long as it lasts. 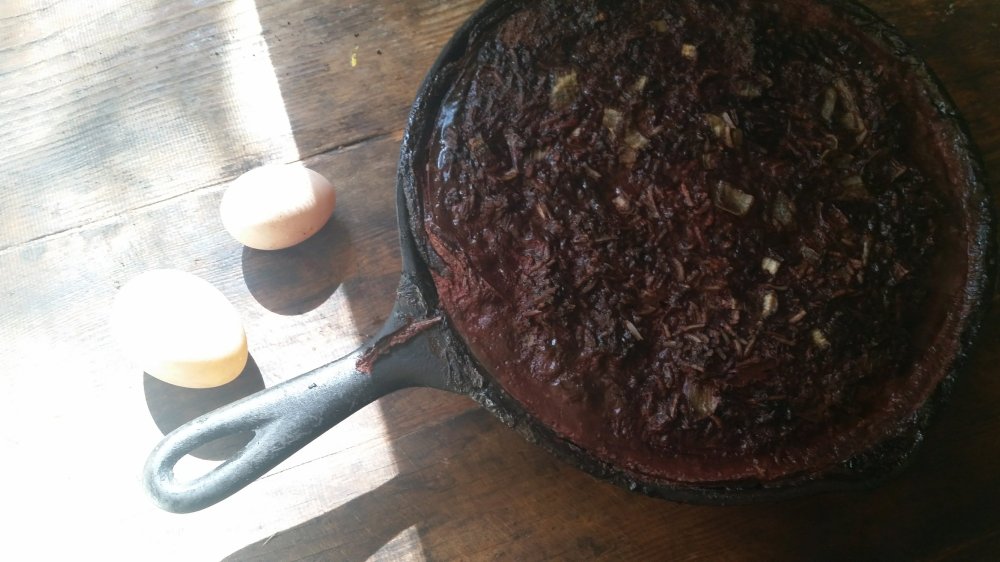 This recipe uses a usually discarded but very nourishing part of the animal – blood, the life force of an animal.  It tastes like a deliciously seasoned meatloaf or sausage, and your body feels so happy and alive after eating it. You can read more about cooking with blood here. 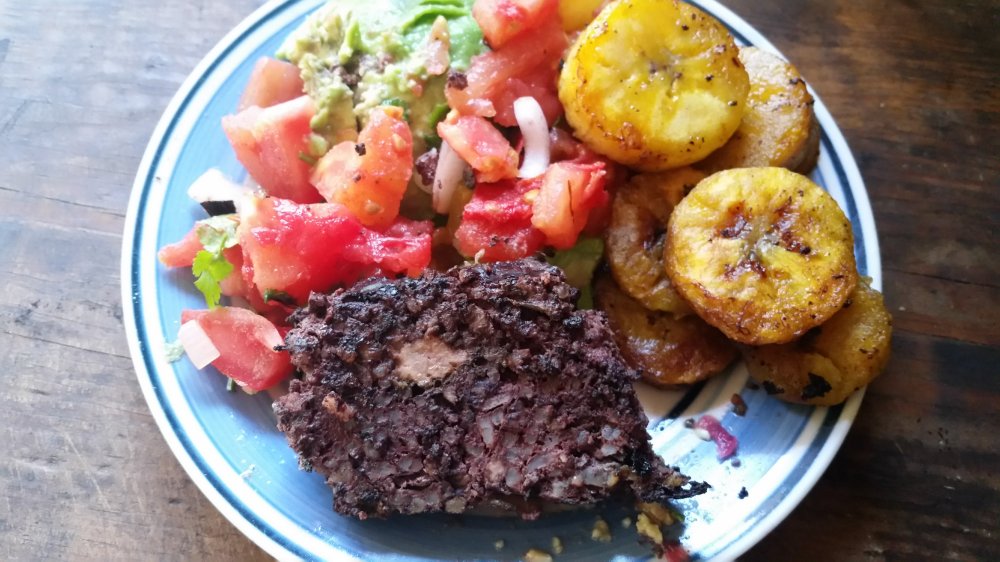 1 cup of blood, caught from a pig or cow

1. In a large bowl mix the rice and ground  meat.

2. In a separate bowl, beat together the cream,  eggs, and blood and pour over the ground meat and rice. Mix well with your hands.

3. Fry the onion in the butter, and add to the blood/ meat/ rice mixture. Sprinkle on the salt and spices and mix well.

4. Pat into a buttered baking dish (i baked mine in a large frying pan), and bake at 350F for about 45 minutes, or until set. It is a very complete meal if you add some cultured kraut or veggies.

5. You can reheat the blood loaf as leftovers by frying slices in lard or butter 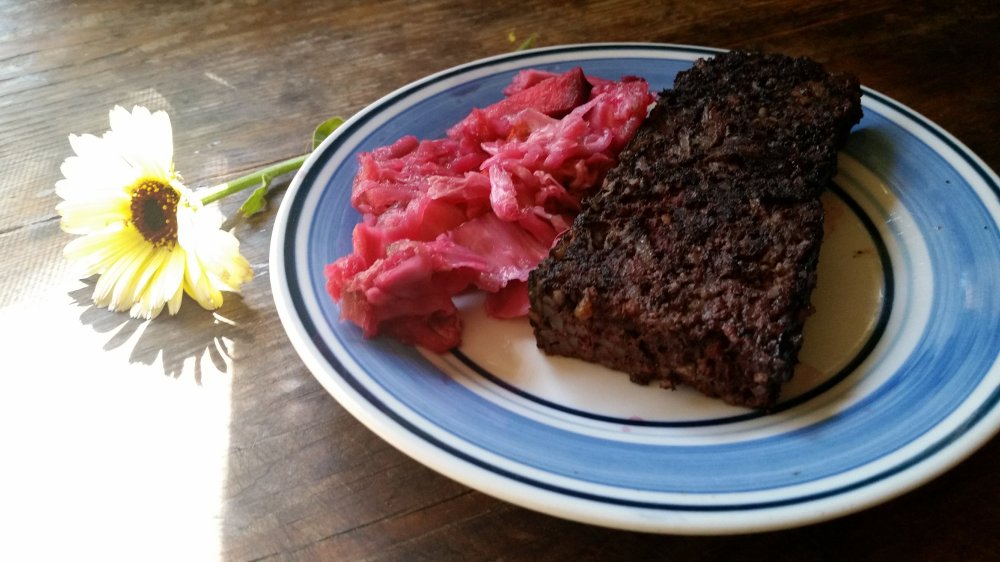 To end, i wanted to share a story from the far north that has always come to mind about fear and living:

Once there was a blade of grass. It saw an animal grazing down the grass blades around it and was afraid for being so close to the ground. It looked up and saw a berry, and wished it was a berry up high, and it became a berry.

Now a mouse came along and ate some of the berries hanging on the bush. The berry was afraid again, and wished to be a mouse, and became a mouse.

A fox chased the mouse and nearly caught it, and the mouse saw it was dangerous to be so small,  so it became a fox.

The fox one day was chased by a wolf,  and it saw it was still not large enough, so it wished to be a wolf.

As a wolf it felt safer, but one day the wolf was attacked by an eagle, and it realized that being stuck on the ground was dangerous, so it became an eagle.

As an eagle, it soared over the land and sea and felt higher than anything. But one day, an arrow wizzed by and clipped off some feathers. The eagle looked down and saw some human hunters, and knew it still wasn’t safe, so it became a human hunter.

As a hunter, he was cold now with no fur or feathers. He tried covering his body with grass. He built a little shelter for himself. He killed a seal and ate its meat. He learned to make clothes from the skins of animals, and fashioned a spear to help him hunt. He felt happy and comfortable at last.

One day a bear attacked him and the hunter had to fight for his life. Another time, he was nearly trapped in ice. Not a day went by that the hunter was not in danger, but he now knew that was the way of all living things.