This is a story about a healing journey.

Last year was a difficult year for me. The spring was rushed and full trying to get ready for traveling, over the summer i was gone working hard abroad through a bad cold, followed by a very difficult hike over the alps. When i returned, the autumn was full of cleaning up the giant mess my family made while i was gone.  At the end, I found myself feeling so tired and ill. I had no reserves of energy left, i had dark circles under my eyes, and I looked as old and haggard as i felt.

It’s distressing to suddenly be phjysically falling apart, to not have the energy to do what needs to be done. I wasn’t even sure if i could recover, on top of everything else. I had these lurking fears that i was just old now, maybe I had spent all my life energy and this was just old age setting in.

Whenever i hear someone complaining about a health problem, i always ask them what they’ve tried to do about it, and in almost all cases the only things they’ve done are a few things their doctor prescribed that either didn’t actually work or made things worse.

Sometimes these individuals are suffering quite a lot, and are on the brink of very invasive treatments and surgeries, or chronically take strong medications with side effects, yet they have no interest in studying up on their problems, making changes to an obviously damaging lifestyle, or trying anything their doctor hasn’t suggested. 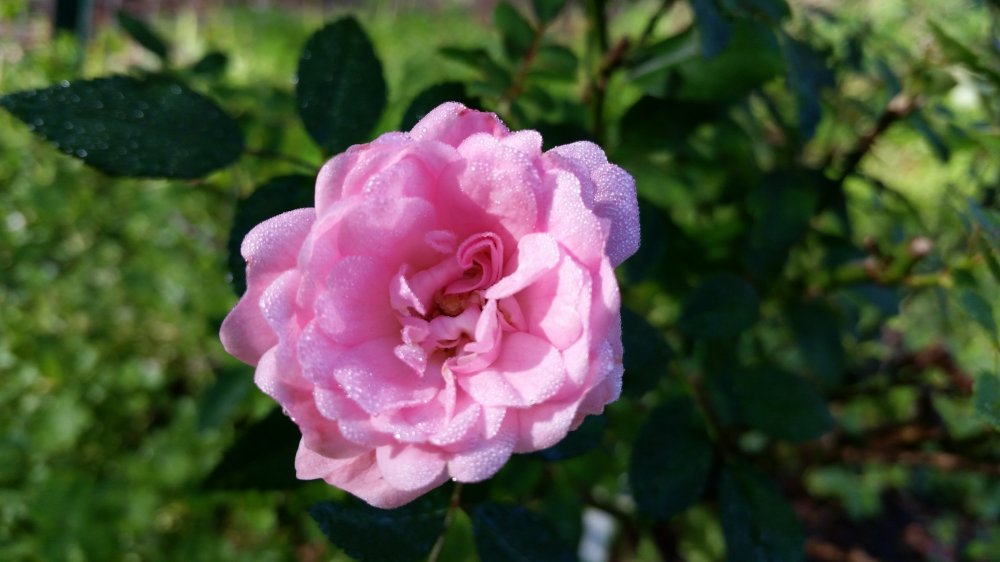 Well,  i thought to myself, maybe i am incurably old and tired, but I won’t just give up like that and wallow in some kind of problem!

My biggest problem in this case was a total lack of energy. REST is number one remedy for healing all kinds of illnesses and injury. It allows the body to reset and focus energy on healing.

But i couldn’t rest.  I felt plagued by anxiety, and when i had time to sleep, i couldn’t. And then awake i was so tired i made mistakes and felt anxious about not being able to do what i needed to. It was a vicious cycle and i felt myself being pulled down into fatigue and exhaustion.

As just resting wasn’t helping, i went to the herbs.

I use herbs in different ways. Some i use like a nourishing food supplement by making strong infusions.  After being fed very cheap, empty food while traveling, I felt like i could use more minerals.  I began drinking herbal infusions every day from chickweed, nettles, raspberry, burdock root, dandelion root, bilberry leaf, red clover, fennel seed, fenugreek, and oatstraw. I made a half gallon jar of one kind of herb and drank about a quart per day.  Then i would move on to the next herb. Fennel seed and fenugreek i drank every day. This, along with having lots of broth and pork liver made me feel stronger.

I had gotten some tick bites in Europe. One in three ticks carry Lyme and other co-infections in the alps,  so i also started taking a round of strong herbs that prevent Lyme. This is the other way i use herbs, the strong herbs, for an intense biochemical effect. This helped a lot. 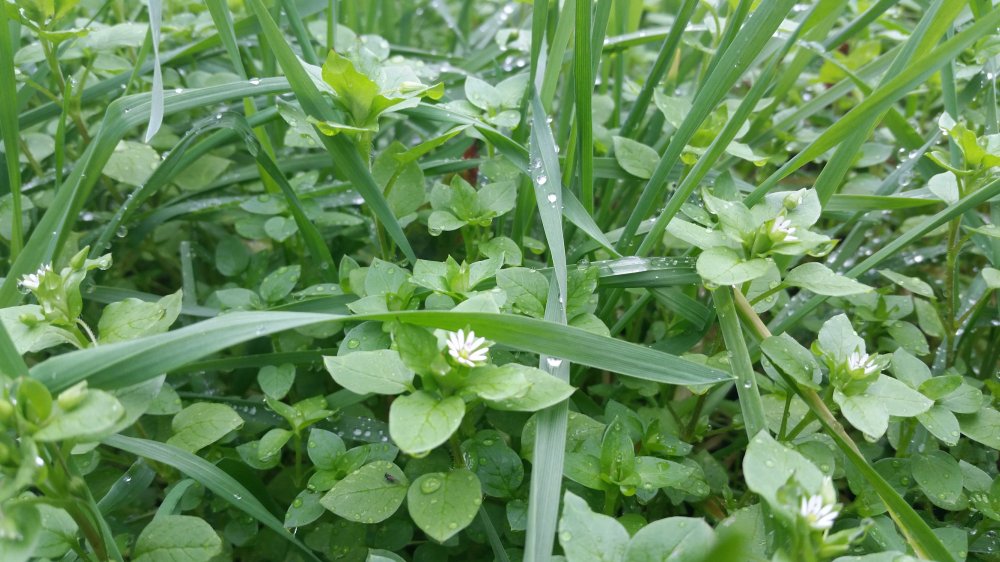 After a month or so of trying herbs I went to see the 5-element acupuncturist that I’ve seen since i was 14. He was a little concerned about my state of health. I was very depleted, and the fire energy was overheating the water element,  causing the anxiety. That afternoon i went home and slept for hours and all through the night. It was a wonderful reset and tipped the balance for me towards health again.

I realized i had to start getting better sleep or i wouldn’t recover. So I stopped the Lyme herbs,  which had begun to feel wrong somehow, and started drinking quarts of chamomile, passion flower, and lemon balm in rotation just before bed. This helped me relax and sleep peacefully the first half of the night. 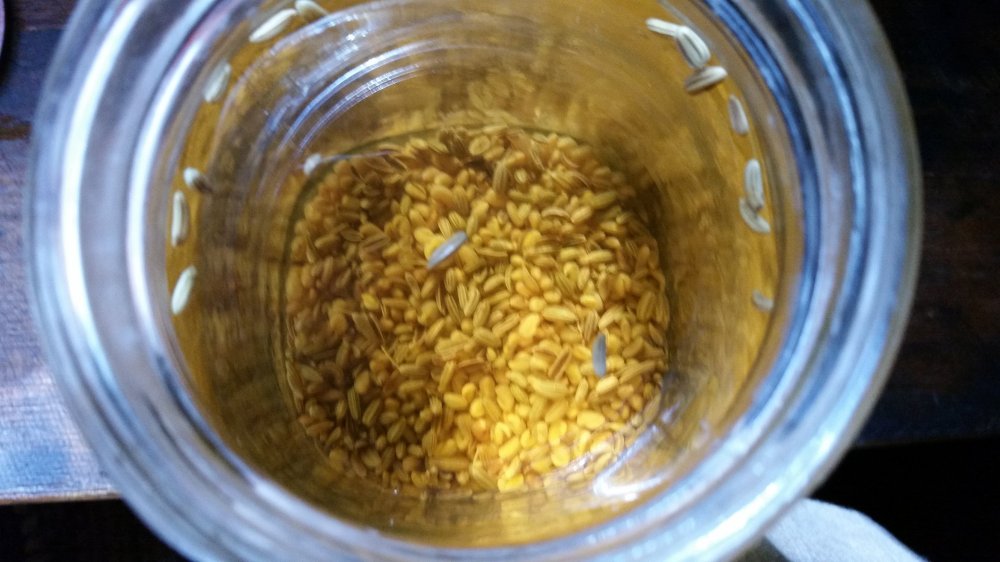 At the suggesting of a friend, i started taking an adrenal supplement made from dried bovine adrenals.  This gave me more energy during the day, which helped the anxiety.  In the rotation of the nutritional herbal infusions, i added a combination of ginger and ashwaganda. These made me feel great on the days i drank it.

Also when i milked the goats i would mix the very fresh milk with turmeric, cinnamon, and black pepper. (Fresh goat milk is a folk remedy – it  must be drunk within 15 minutes to still contain the “essence of the goat”). These all made me feel better during the day, but i still wasn’t able to sleep through the night completely without waking up restless and anxious, distracted by what i had to get done, or just thinking about life.

My son, who loves sports and weightlifting,  really wanted me to try creatine. He made a smoothie for me and mixed some in.  To my surprise, it totally cured my anxiety that day.  We drove all the way to Ocala to look at a fixer-upper car he wanted to buy.  He drove the whole way, along I-75 the first time and struggling with how to use the turn signals and changing lanes in all kinds of traffic, which would usually have given me a heart attack! Instead i felt so calm i couldn’t believe it. So i started taking creatine here and there and felt like it also helped.

The final piece was iodine. I started taking Lugol’s iodine 3 years ago after i weaned my youngest child at age 5. I was also at that time feeling very depleted after 13 years of nursing or being pregnant or both. I hadn’t lost the weight from my last pregnancy and was also having similar anxiety/ sleep issues. I was heavy and the extra weight made my feet hurt so badly it would keep me awake. In a few months i lost 35 pounds (and i didn’t even change my eating habits), my hair suddenly grew in much thicker, and i felt much better.

This past year i had been so busy i stopped taking iodine drops.  And in Europe we had to eat so much wheat bread, which i think might affect my thyroid.  So i started taking it again,  but this time i took a much higher dose. I originally took up to 5 drops of 2% Lugol’s iodine, this time i took 12 drops. Ethan recommended this to me.  He’s been experimenting with taking iodine for several years. I couldn’t believe how long and peacefully i could sleep with the iodine at that dose.

I take 12 drops just before bed. It doesn’t knock me out like sleeping medicine would. Instead, i just feel like melting into the covers and i sleep solid for 10-12 hours and dream wonderful dreams. If i do get woken up,  i feel tired but not groggy having to trudge to the bathroom with Clo or something, but i fall right back asleep until morning. I’ve tried not taking it and will wake up restless during the night.

Recently over Christmas we were struck down with a nasty flu Mirin brought home from school. It was five days of intense fever. The way i usually treat flu – high doses of vitamin C and Scutellaria, Isatis, and Licorice tinctures – was not effective in this case. Instead Angelica tincture helped the most, along with lots of resting.

One thing i think that gets ignored is how healing a fever can be. When i had recovered, i noticed i no longer have the hollow dark circles under my eyes! I find myself singing while I’m washing dishes, and just feeling happy again for no reason. Life isn’t stressing me out,  and it makes you feel glad to be alive when you feel good. I feel like i can deal with people and life again.

I know this is a long story, and maybe a little tedious,  but i wanted to share what can happen when you imagine the possibility of healing and when you take your health into your own hands. 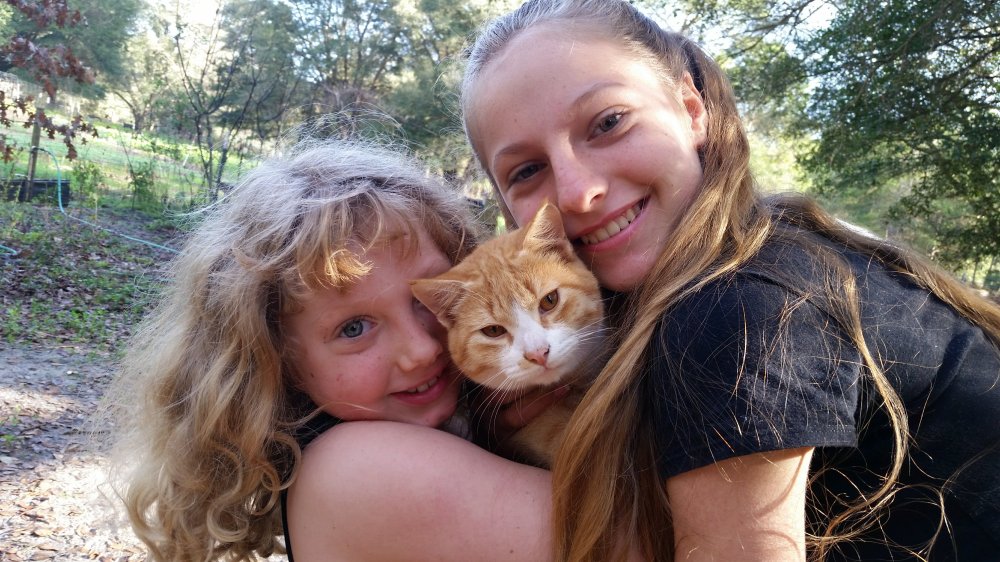 I could have just covered up my fatigue with caffeine,  and taken medication for the anxiety. I could have done nothing and maybe i would have gotten better anyway, or maybe i would have developed a more serious health problem. I think back to myself a few months ago,  feeling exhausted and hollow, dragging myself around in a fog and struggling with depression (it’s depressing to feel awful all the time). I feel like a completely different person now.

To end i want to give thanks to the herbs and unseen good things that bring healing, the seven directions and the ancestors that empower healing work, and the spark of courage to seek healing and believe in what is possible.