There were two more sows who were due to give birth last week – Bess and Bacon.  Both of them looked enormously pregnant.  Their swaying bellies nearly brushed the ground when they waddled to their food dishes.  Star, who is Bess and Bacon’s mother, had her piglets a week ago.  She was very aggressive towards them after she gave birth, and charged at them and drove them away if they got too close to her nest where her litter of piglets was sleeping in a wriggling stack.

One morning Bess was lying down with a large number of piglets nursing on her when it was time for her breakfast.  Bacon and Star jumped up to eat, but Bess stayed lying down, grunting softly to them as they wriggled and snuggled against her.  There were a lot of piglets for a first litter!  Eleven, but the strange thing was that Bacon looked as if she had had her piglets, too. 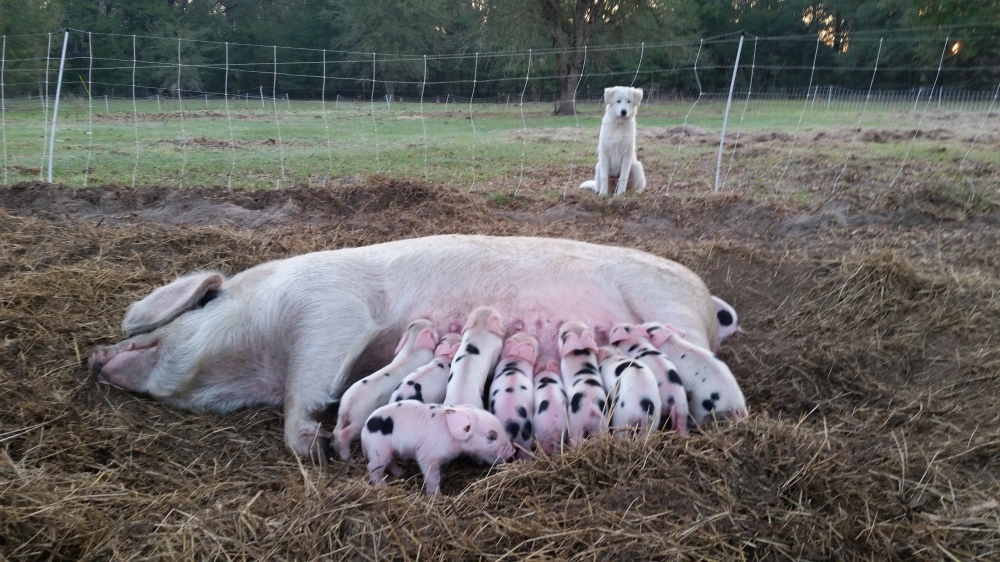 At first we thought she must be about to have piglets, but when we went up to check on them again, we saw Bess give birth to one more piglet.  Bacon was lying belly-to-belly with her, and all the piglets were scrambling around between them.

We realized that these two sisters (and litter mates), had built a nest together and given birth almost at the same time.  They are raising their piglets together!  Now not even Bess and Bacon can tell whose piglets are whose.  The piglets don’t mind.  They have two mamas to nurse from. 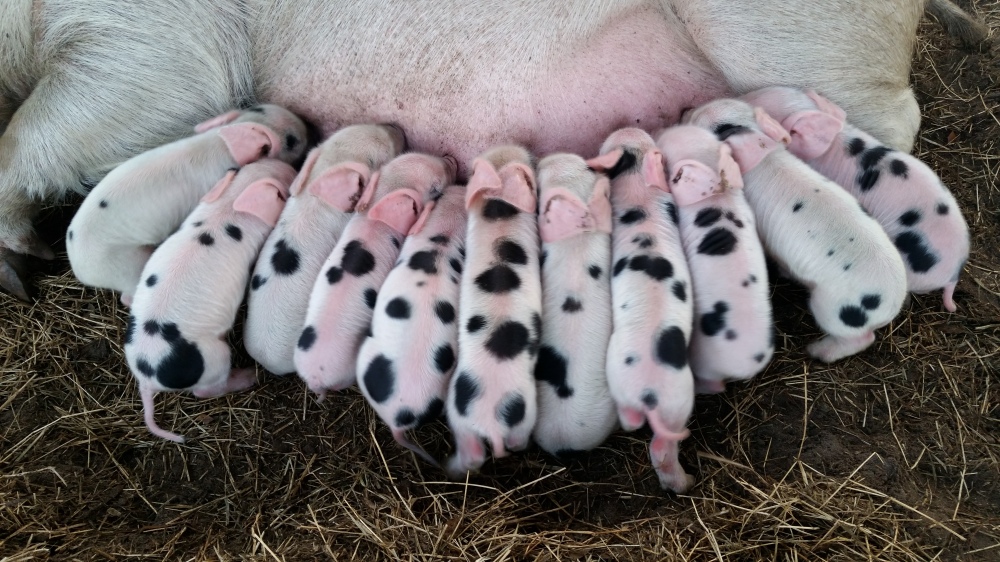 After a few days, Star decided she trusted Bess and Bacon enough to move her nest and piglets over to where they were.  Somehow, she didn’t think they would be trustworthy enough until they were mothers, too.  Now all the piglets are running together in a big mob, all mixed up together.  They are everyone’s piglets, and they squeal horribly when there’s only one mama lying down and letting them nurse.