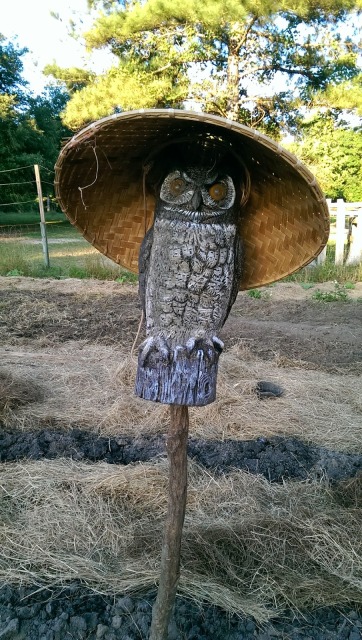 We finally got the Dudley Farm dent corn in!

I’m not sure if I’ve talked very much about my plans for this corn this year.  Dudley Farm is an old homestead that was turned into a park.  Ethan’s grandfather actually helped work with Sally Morrison before it was a park.  Ethan worked there for a short time before Sally retired, and got a handful of corn seeds that were sitting in our freezer for several years.

I’d wanted to plant them anyway, just because it’s so cool to have our own very local, native genetics, but there were so many interesting corn varieties in seed catalogs I wanted to try out, it took me years before I planted the kernals.  It just never seemed urgent at all, because I thought we could always get more.  I think that’s the impression modern life gives the world – infinite.

But once Sally retired and the park came under new management, they stopped selling their homegrown, stone ground corn once a year at the cane grinding.  They still sell ground corn, but it is sourced from somewhere in Georgia.  I learned that they have very badly mismanaged the corn by not planting it at the right time or not planing enough to maintain genetic diversity.  They must have completely ignored Sally’s notes and just googled an IFAS PDF on when to plant corn.  Sally told us years ago that they plant the corn very late, beyond the dry season, so it gets plenty of rain and doesn’t need irrigation, which they couldn’t provide.

Last year I finally planted the Dudley Farm corn.  I studied how to save pure seed and even bought tassel and ear bags so I could hand-polllinate.  But it was just too much last year.  I missed the tiny window when the tassels come out and start taking in pollen, and I had grown many other varieties alongside, so I didn’t save seed from last season.  I did some more research and realized I could just grow Dudley corn and wind-pollinate, which is a better way to save especially rare seeds anyway.  I spoke to the ranger at Dudley Farm and asked if I could get some more seeds, because I wasn’t sure if I had enough left to plant.  She said they really could only spare maybe 50, because they were so low, which worried me even more.  When I got the seeds out to plant, I was so relieved to find that I still had over 300. 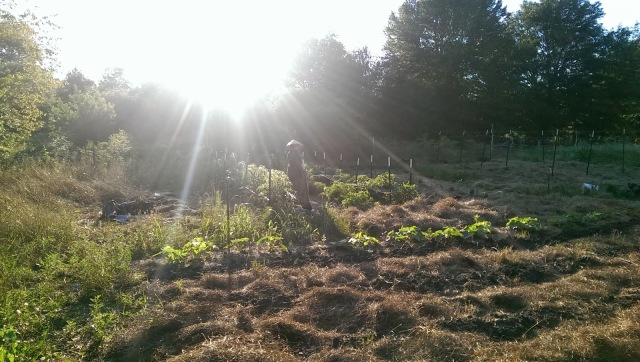 So the corn is in!  This might be a last chance for this corn variety…
The garden is huge this year.  There’s only the okra and sweet potatoes left to put in.  Now I can think about getting the minerals and fertilizer on the pastures.  The work is never really over.