Ethan has been tromping around in a swamp doing wetland delineation for work.  Not exactly the best season for it, of course, but there were some beautiful plants he found.  Of course this is all going to be drained and developed, because apparently we need more of that sort of thing…you know, it might create a few minimum-wage jobs that no one can live on, make someone big some more money, etc.  (Sorry, I have some very strong feelings about that sort of thing.)

One day he brought the children out with him to explore and help with the GPS mapping (great for homeschool!).  Here are a few things they found:

Above is a great soil sample showing the striping in the soil that occurs from the fluctuating water levels in the wetland.  This is one of the things they look at to determine if it really, truly (according to things they have written down) is a wetland.

The name escapes me on this one, but it is so familiar.  I remember it is very soft and has a certain fragrance to it. 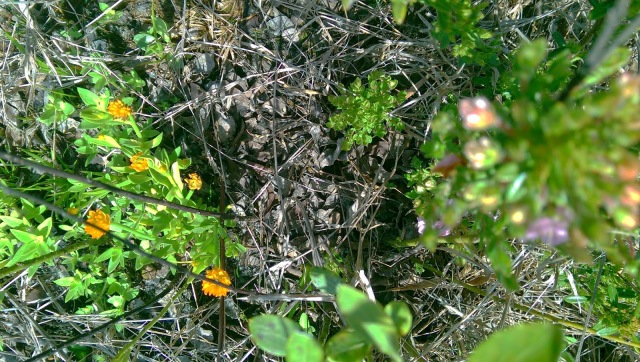 I think this orange flower is called butterwort, but don’t quote me on that.  I just seem to remember that from my childhood of being dragged along from one swampy place to another to look for aquatic insects or Okechobee gourds with my biologist parents.

I think this might be wool-grass bulrush, but we are not sure.  It was some cool grass in a swamp, anyway…

Mysterious footprints – rabbit, perhaps, with the long part being the long back leg?

There was a little box turtle, too.  He didn’t want his face to be photographed, so we’ll never know just who he was.

Cool swamp fungus.  Ethan has a new wetland delineation theory with mycorrhizal fungus.  He said you can see where it gets too wet for it.  There were also lots of wild blueberries, and there is also a new theory he is working on – the upland berries are all very dry and seedy, the wet areas have plump, tasteless berries, and the true wetland berries are juicy and tasty, because they’ve got water and good soil.  The children brought me a whole handful of wild blueberries home! 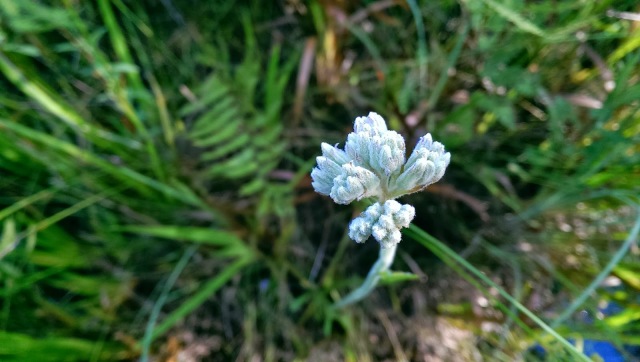 This is red root.  There was a lot of wild hog damage done to the red root.  My dad says that pigs who eat it will have piglets that are all the same color.  Apparently the Florida Indians used it to give their warriors a “clear and fearless eye.”

Let’s hope this beautiful place doesn’t get developed after all!